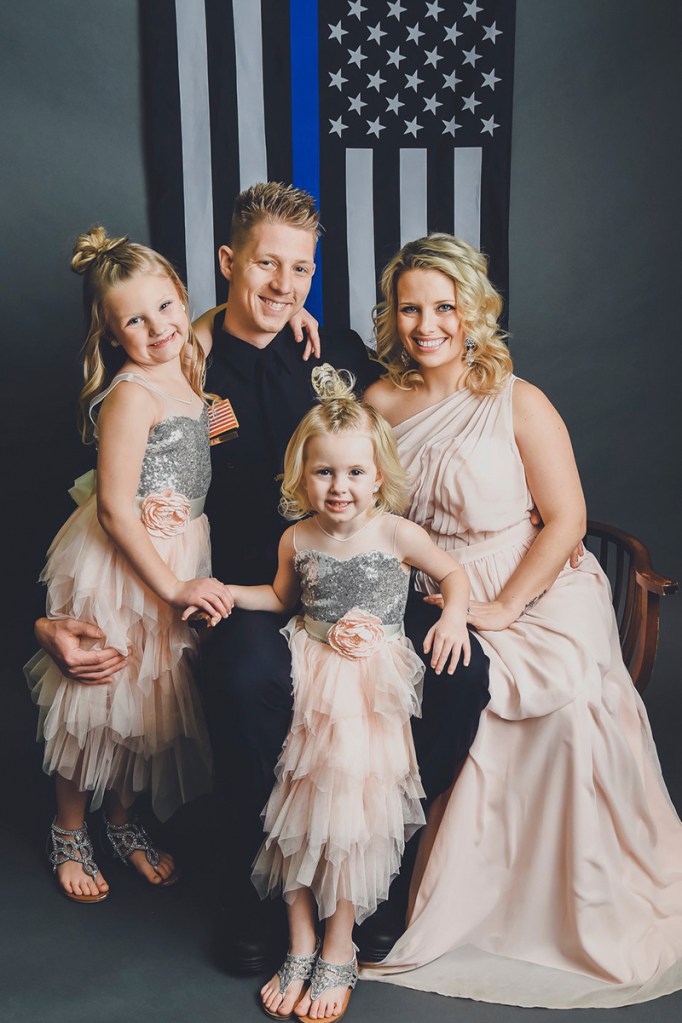 Wounded officer tells wife he loves her on their anniversary

The Waseca police officer shot last month while responding to a report of a suspicious person is continuing to improve, according to an update Tuesday by his family on his CaringBridge site.

Arik Matson was released from the intensive care unit at North Memorial Health Hospital on Friday and is now at an undisclosed long-term acute care facility.

His sister-in-law, Nicole Matson, wrote Tuesday that Arik Matson was able to feed himself chocolate pudding that morning for the first time and is strengthening his oral muscles to help him swallow better. He is also continuing physical therapy to stand and work on his balance.

Tuesday was the wedding anniversary for him and his wife, Megan.

“Arik was able to take a deep breath and say, ‘Happy anniversary, Megan. I love you,’” his sister-in-law wrote. “He’s working on his speech and making his words clear, but it does wear him out.”

She wrote that the family is impressed by his progress and hopeful for what the future will bring.

The day before, Nicole Matson wrote that her brother-in-law was able to go outside in a wheelchair for a few minutes and loved getting some fresh air and feeling the sun on his face after being in the hospital for almost a month.

“Arik has been super smiley the last few days, and you can tell he’s just as proud of his progress as we are,” she wrote.

Numerous fundraisers have been planned for Arik Matson and his family, who live in Freeborn.