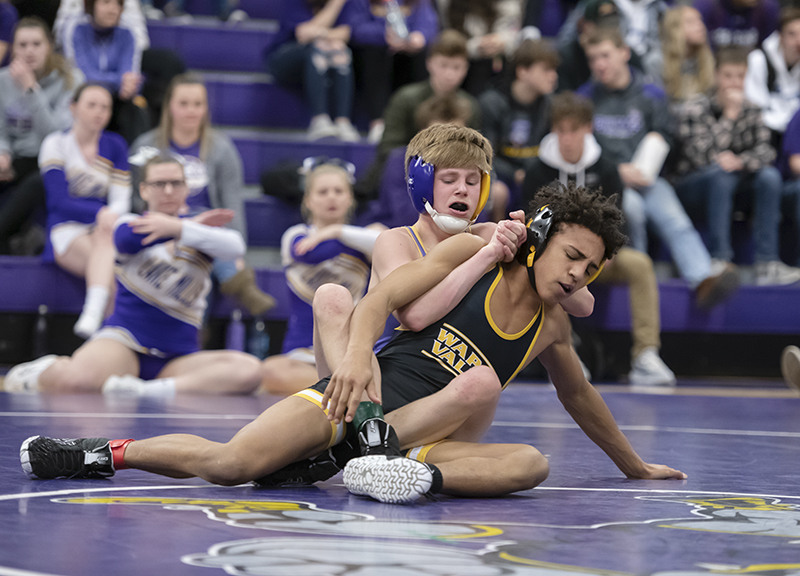 The Lake Mills wrestling team punched its ticket for the Iowa state dual tournament, which will be Feb. 19 in Des Moines.

The Bulldogs hosted three other teams at the regional duals Tuesday night.

In the semifinals, Lake Mills faced Wapsie Valley and, despite losing the first two bouts, the team rolled to a 67-10 win over the Warriors.

“We were really aggressive in the first dual and picked up a lot of pins,” said coach Alex Brandenburg. “It was nice to get the ball rolling in the first dual, and it ended up carrying right into the finals dual.”

In the other semifinal dual, West Hancock defeated South Winneshiek, 43-23.

The final dual matchup was set, as No. 5-ranked Lake Mills would square off with No. 10-ranked West Hancock.

The Bulldogs got off to a huge start by winning the first 10 bouts and building an insurmountable 49-0 lead. The Eagles would win three of the final four matches, and the score ended up 55-18.

“Our kids wrestled very well tonight, even in the matches they lost,” Brandenburg said. “I am very proud of the effort tonight and am happy for these kids that all their hard work has paid off.”

With the regional win, Lake Mills breaks a school record by qualifying for the state duals for the fifth straight season.

“Our main goal for the season was to qualify for the state duals,” Brandenburg said. “Our program has lost a lot of good wrestlers the past couple seasons, but this group has really improved throughout the season and should be proud of what they have accomplished.” 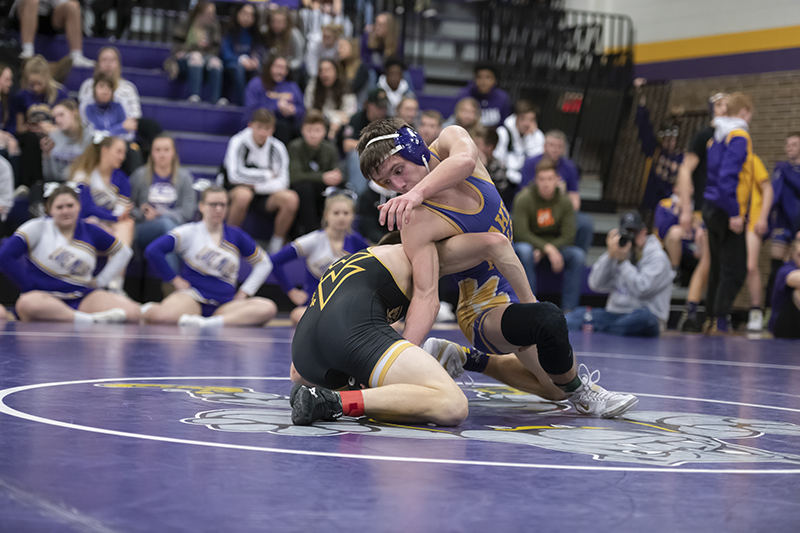