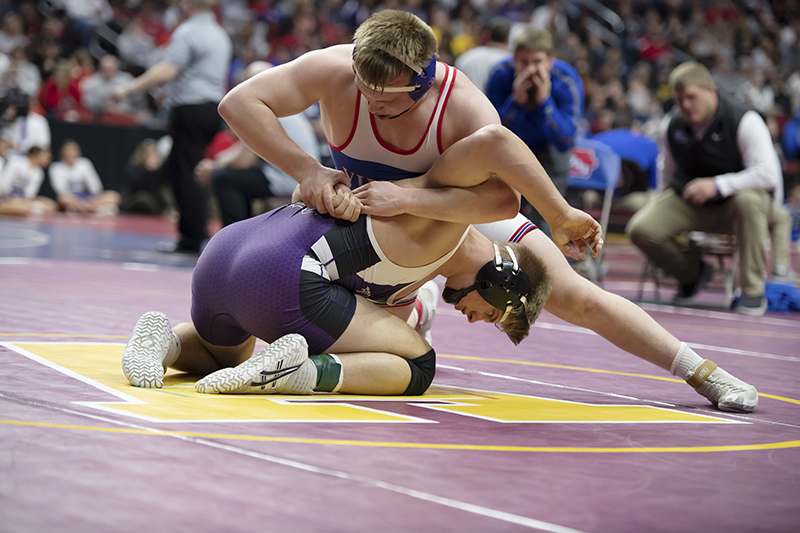 While none of the area wrestlers who made the tournament were still wrestling for a championship, three of them were still active in the consolation bracket.

At 152 pounds, Hanson started in the semifinals against Underwood senior Blake Thomsen. Hanson won a 4-0 decision, which advanced him to the third-place match. Hansen met a tough opponent in Don Bosco-Gilbertville senior Cael Frost and lost in a second-period fall. 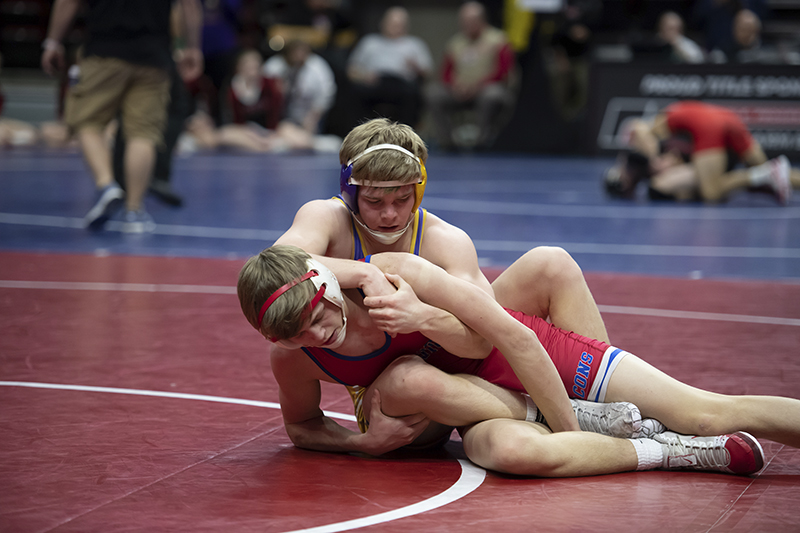 Lake Mills junior Casey Hanson worked his way into the third-place match at the Iowa state wrestling tournament. He lost the consolation match and came away with fourth place at 152 pounds. – Lory Groe/For the Albert Lea Tribune

Hanson’s season comes to an end with a fourth-place finish in the state tournament and a record of 47-8.

Wagner started in the consolation semifinals in the 160-pound bracket. Wagner lost his match to Denver senior John Ebaugh in a 5-3 overtime decision. The loss landed Wagner in the fifth-place match, where he defeated SCC sophomore Blake McAlister in a 13-2 major decision. Wagner finishes his season with a fifth-place finish and a 48-5 record.

For the Vikings, Rollene started in the 220-pound seventh-place match. Rollene dominated his first-round opponent Audubon senior Luke Mosinski by pinning him in 45 seconds. Rollene finishes his season with a seventh-place finish and a record of 48-2. 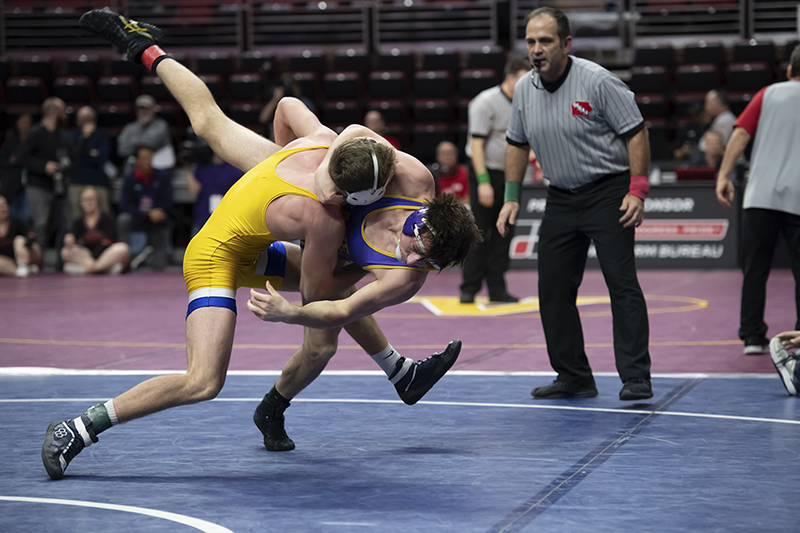 Junior Elijah Wagner gets caught in a takedown attempt by his Friday opponent at the Iowa state wrestling tournament. Wagner came in fifth place at 160 pounds. – Lory Groe/For the Albert Lea Tribune