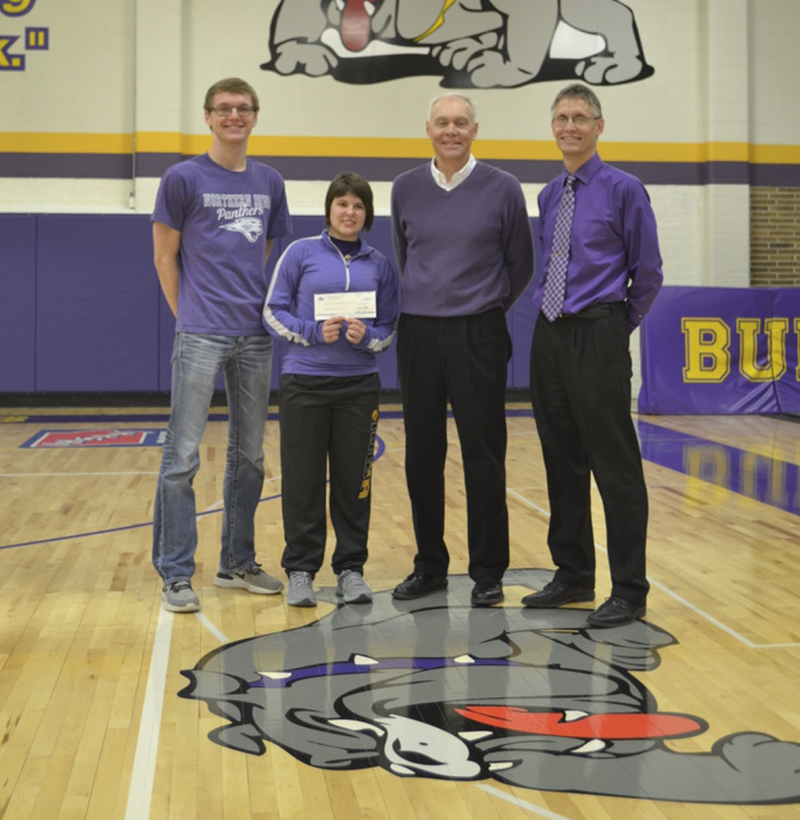 Contributing toward the total raised were many separate fundraising events within the school.

The elementary grades raised over $1,500 through penny wars, in which each grade challenged each other to raise the most pennies. This taught the young students both math skills and the value of supporting the fight against cancer, the release stated. The third and fifth grades also held additional fundraising and were able to use their donations for extra privileges in the classroom. The fifth grade alone raised nearly $800.

A Lake Mills Middle School language arts teacher also pledged to match all donations made by middle school students, which raised nearly $450. This spurred the students to donate just to dig into their teacher’s pockets.

Lake Mills High School industrial tech students built a dog house out of left-over supplies from other projects and raised $150 through the sale to a dog owner within the community.

The high school girls’ basketball team was also involved through their coach’s efforts, in which people could sponsor a player and donate based on the number of free throws she made. Over $3,000 was made by the  team.

The athletic department donated 20% of the gate from the home game with Garner Hayfield Ventura and donations raised with a bucket run during the game raised an additional $1,271 in one minute. Lake Mills High School Student Council members had purchased flowers for each member of the Lake Mills and GHV varsity girls’ and boys’ teams to give to someone in the crowd who has been affected by cancer. It was a great way to show the importance of putting a face to the fight against cancer, the release stated. The Lake Mills and GVH cheerleaders also performed a routine together during halftime of the boys’ varsity game.

“We are so fortunate to have a great staff who championed these successful fundraising efforts throughout the school,” said Jim Boehmer, Lake Mills High School athletic director and activities coordinator. “Our goal this year was to beat our previous high total in 2015 and rejuvenate our efforts. It was great to see so many people get involved this year and make 2020 special.

“It may be hard to beat this record in the future, but it was sure fun this year! The Lake Mills Athletic Department would like to thank the American Cancer Society and our Winnebago County Relay for Life Team for the work they put in to help others.”

The 2020 Winnebago County Relay For Life event is scheduled for 4 to 9:30 p.m. June 27 in the Waldorf University atrium in Forest City. To sign up for a team or to contribute to the event, go to www.relayforlife.org/winnebagocountyia or contact Carolyn Sunde at csunde50@gmail.com or 515-577-7090.