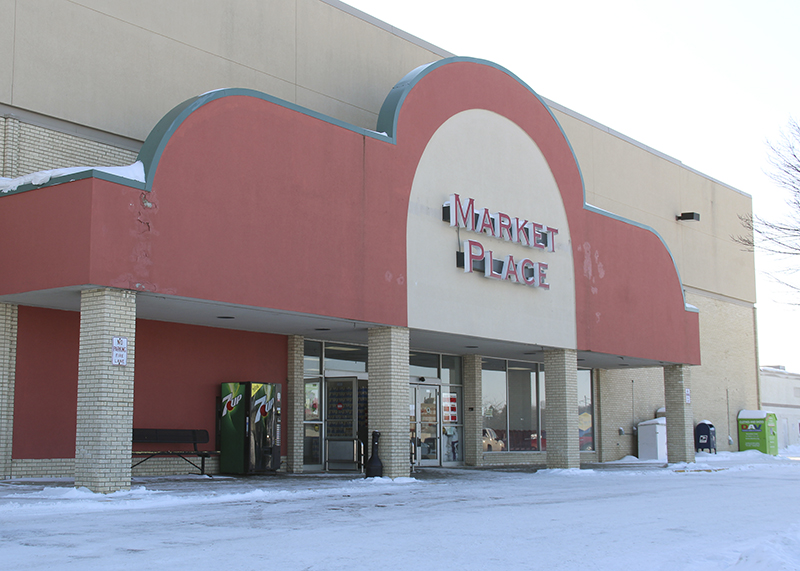 MarketPlace Foods owner Jim Baldus confirmed Monday the store will close in March. He said he hopes to reopen at a later time after renovations for a new development there are complete. - Sarah Stultz/Albert Lea Tribune

Baldus, who also owns Jim’s MarketPlace in Austin and has leased the space in Albert Lea, said he hopes to reopen the store at the same location at a later time once renovations are completed. He was not sure about an exact timeframe.

“Our plan is to go back there,” he said. “The sooner we get back in there the better.”

Details about the remainder of the development were not immediately available.

Baldus said it is his understanding that once reopened, the grocery store would be smaller, but would still have all of the food available at the store now, including the deli and bakery.

He said the building and parking lot need a major renovation and noted in the long run, the updates will be a good thing for the business, as there will be a more modern setting for customers.

“The people of Albert Lea have been great — great supporters,” he said.

The store is slated to close sometime between March 7 and March 9, and sales will start Wednesday of this week to reduce inventory.

He said perishables will be refilled up through the final week, so customers will still be able to come and get their milk, produce and meat through that time.

The closure will affect 55 employees — including both part-time and full-time workers. They will be able to reapply for their positions once the store reopens.

“The employees have all been great,” Baldus said.