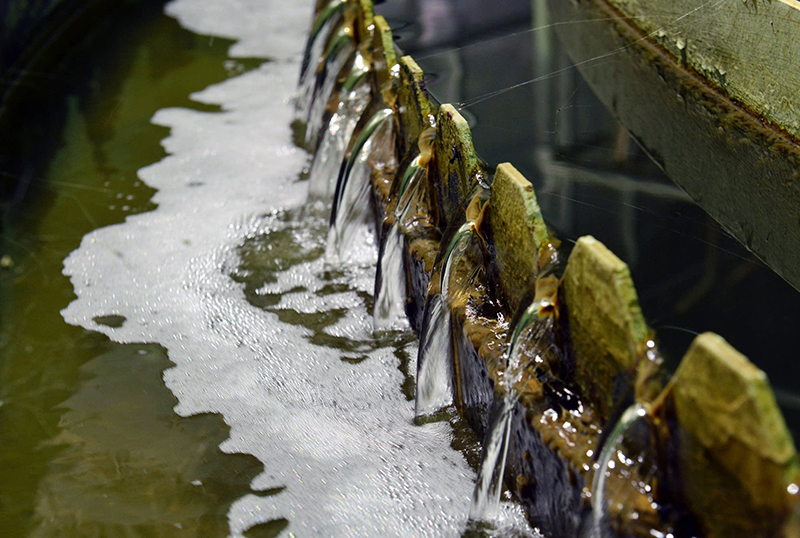 Water flows through a settling tank during the last stages of filtration and chemical treatment at the Detroit Lakes tertiary treatment facility in 2017. - Dan Koeck/For MPR News

Cities, industries and some livestock farmers could pay more for water quality permit fees under a proposal by the Minnesota Pollution Control Agency.

The MPCA said revenue from the fees has not kept pace with its costs to administer the permits, which cover city and industrial stormwater and wastewater, septic systems and livestock feedlots.

Most of the fees haven’t been raised in almost 25 years, said Katrina Kessler, assistant MPCA commissioner.

“During that time, costs have gone up, expectations of our permit holders have gone up, but the fees have remained the same,” she said. “So we don’t have any additional money to do the work that we are being asked to do.”

On average, permit fees cover about 17 percent of the MPCA’s costs to run the programs, Kessler said. The MPCA wants to raise that amount to 30% — an amount agreed to by a committee of cities, businesses and farmers that met several times starting in 2017.

The group decided that “while nobody loves paying more for permits, that it’s reasonable for permit holders to cover more of the costs,” Kessler said.

But some cities and farmers are objecting, saying the money should come from the state’s general fund instead.

Elizabeth Wefel, environmental lobbyist for the Coalition of Greater Minnesota Cities, said the cost of ensuring clean water should be borne by the entire state. Higher permit fees likely will result in either a hike in water and sewer fees for a city’s residents, or an increase in local property taxes, she said.

“We really think that the state should be stepping forward to help pay for the increased revenue needs for running these programs — that it shouldn’t simply fall on the citizens of our community,” Wefel said.

“When you’re comparing us to South Dakota or Wisconsin, it basically just makes farming more expensive here,” Sjostrom said. “Now, anybody with seven cows or more would have a fee that in most states doesn’t exist.”

Kessler said the MPCA is sensitive to the fact that smaller communities don’t have a large tax base to absorb a fee increase, and many farmers are struggling financially.

“That is real, and we need to be conscious of that,” she said.

Kessler said the agency plans to continue to meet with those affected by the fees, “recognizing that we all are trying to do more with less, and how we can do this in a way that is least painful.”

She stressed that the proposed rule change is still a work in progress. Meetings on the proposal are scheduled around the state in the next two weeks, and a comment period is open until March 13.

The agency will use that feedback to develop a draft proposal, then collect more public comment, Kessler said. A request to the Legislature for authority to adopt the new rule would happen about a year from now.