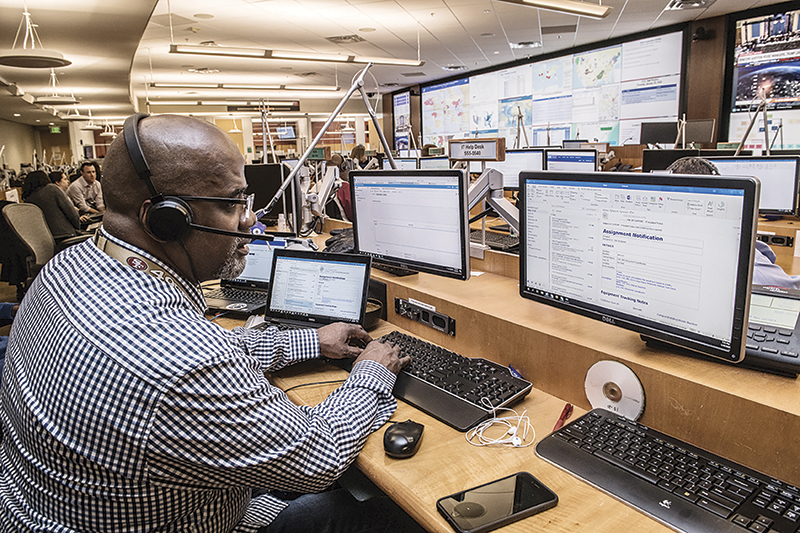 As the United States and countries from around the world race to try and contain the COVID-19 virus, individual states and communities are starting to take steps of their own.

So far, eight states have confirmed cases of COVID-19, including Minnesota’s neighbor Wisconsin, which has to date one confirmed case, but like other states, Minnesota is seeking to get ahead of the possible crisis.

The Minnesota Department of Health reported on its website that as of Thursday, there have been three cases that have come up negative for COVID-19, with one case still pending.

According to the Centers for Disease Control, the COVID-19 is part of a large family of coronaviruses commonly found in animals including camels, cattle, cats and bats.

Goyal said that estimates of when people can begin showing symptoms is anywhere between 5-14 days.

“While patients will be most contagious when they have symptoms, there is likely some spread before patients develop symptoms,” he said.

“COVID-19 seems to spread more easily, which means more people could get infected,” Goyal said. “Like influenza, it spreads from person-to-person between people who are close to each other (within six feet) or by respiratory droplets produced when an infected person coughs or sneezes. It may also be spread by touching an object that has the virus on it.”

Further complicating the approach to dealing with COVID-19 is that it’s a “novel” virus.

“Because it’s a new virus, people haven’t developed any immunity to it,” Goyal explained. “In addition, we don’t have a lot of data to predict how it will behave and how sick it will make people.”

This extends to a lack of vaccine, which some experts predict won’t be ready for at least a year.

The unknown nature of the virus is having a noticeable global effect on both countries with known cases as well as the global economy.

To date, there have been more than 81,000 cases worldwide and 2,800 deaths, most of which are in China, where the outbreak was first detected in Wuhan. CNN has reported at least 82,056 confirmed cases.

In California, health officials are currently investigating a case of a woman they believe is the first case of COVID-19 with no connection to traveling abroad. Additionally, the state is monitoring more than 8,400 people who have traveled from places of concern, CNN is reporting.

Countries have begun taking extreme steps to help contain the outbreak within their own borders. Japan is closing schools, expecting closures to last weeks, and Saudi Arabia is cutting off potentially millions of those making pilgrimages to the Prophet Muhammad’s mosque in Medina.

Meanwhile, global stocks fell again Thursday morning with the S&P dropping 2.4 percent, putting the broad index on track for its worst week since November 2008 during the global financial crisis.

As countries and health officials stressed the importance of confronting the spread of COVID-19, President Donald Trump on Wednesday night seemed to push back against the urgency.

Dr. Anne Schuchat of the CDC said during the conference, “We do expect more cases.” But later Trump downplayed the spread of COVID-19 by saying “This will end. You don’t want to see panic because there’s no reason to be panicked.”

His comments come as some worry there is not enough testing resources around the country as well as concerns of stockpiling masks and protective equipment for health workers.

Still, health professionals, including Goyal, stress vigilance when looking at the threat.

“Don’t panic, but be smart and cautious,” he said. “Just like every year, the most important thing is to get your flu shot. If you’re sick, stay home, or if you need to go out in public, wear a mask to avoid infecting others.”

— The Associated Press contributed to this story