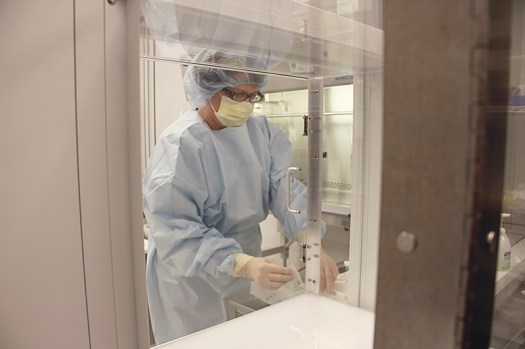 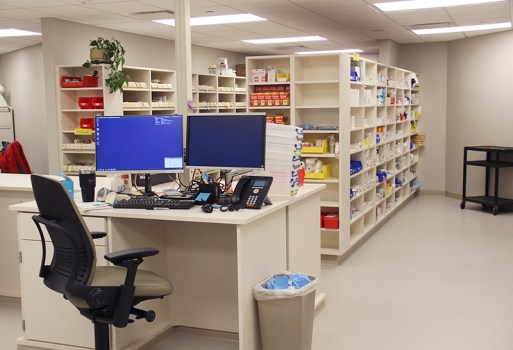 The new inpatient pharmacy at Mayo Clinic Health System in Albert Lea is more than double the space of the old pharmacy and is in the lower level of the medical center. - Sarah Stultz/Albert Lea Tribune 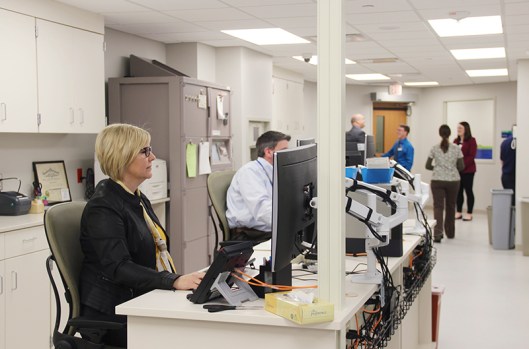 The 2,300-square-foot pharmacy, which is more than double the space of the old pharmacy, provides services to patients in the Cancer Center, emergency room and psychiatric services unit. It will also be used by pharmacists to collaborate with other health care teams as needed and review patients’ pharmaceutical needs and medication orders.

The retail pharmacy, which is used by the public, remains in the same location on the main level of the medical center.

Kris Johnson, chairwoman of administration at Mayo Clinic Health System in Albert Lea and Austin, said the cost of the new pharmacy was estimated at just under $1 million and will meet the latest regulatory standards.

She said the new space will allow pharmaceutical staff to work more efficiently when serving the needs of patients and said the main reason for the change was to allow for future projected growth in the Cancer Center. The space where the pharmacy is had previously been open and had been used partly for storage.

“This new space is a blessing for so many of our patients,” Flaker said in a press release. “For example, the pharmacy will have a second hood to compound chemotherapy medication quicker for patients in need. The new negative pressure room allows us more space to store chemotherapy and other life-saving medications than we’ve previously had.”

Flaker said about 25 employees work in the inpatient pharmacies between the Albert Lea and Austin campuses. Staff rotate between both locations, and there are typically six to seven employees at each site each day.

Johnson said in the future as leaders of the health system assess use of the facility, the next highest priority is for upgrades in the emergency room and adjacent departments.