A Northwood woman accused of fraudulently claiming to have cancer and receiving gifts and money as a result pleaded not guilty Monday morning. 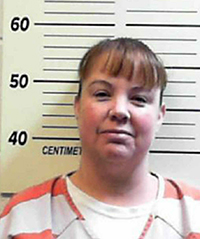 Having submitted her plea of not guilty on all seven counts and waived her right
to a speedy trial, Mikesell’s jury trial is scheduled for 9 a.m. April 1 at the Worth County Courthouse.

Police said Mikesell claimed she had cancer and was having surgeries and treatments done at Mayo Health Systems in Rochester.

When a search warrant was served at Mayo Health Systems Medical Records Department, law enforcement learned she was never diagnosed nor treated for cancer, according to court documents.

Mikesell had given her employer doctor’s notes from three different doctors — one of whom was not employed by the hospital she stated on the note — that all held forged signatures, according to the complaint. She had also created an email account through which she portrayed herself as a doctor sending the emails.

When asked why she had lied about having cancer, Mikesell said it was “because of stuff from the past,” but did not want to explain what happened in the past, saying nobody knows and nobody needs to know about her past, after an interview law enforcement had with Mikesell.

Mikesell fraudulently received a bedroom makeover from My Happy Haven, a Meal Train in which volunteers make and deliver meals, and money and gifts from her church in Albert Lea, Crossroads Church, according to court documents.