A memorial service for Randy D. Cox will be at 10:30 a.m. Saturday at Bonnerup Funeral Service in Albert Lea with the Rev. Don Malinsky officiating. Visitation will take place one hour prior to the service. Burial will be at Hillcrest Cemetery in the spring. 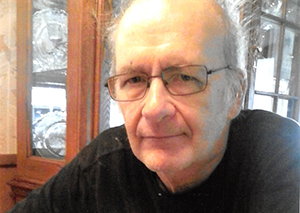 Randy Dean Cox was born June 21, 1956, in Albert Lea to Clarence and Emily (Miller) Cox. He grew up outside of Frost and graduated from Frost High School. After two years of technical training, he was employed by Erlandson’s as a mechanic. The last two years were spent at Kibble Equipment until he had to retire due to his health. Randy worked for over 30 years and loved his job.

When Randy wasn’t working on farm equipment, you could find him hunting, trap shooting or maintaining his yard. Yardwork and landscaping were where Randy was at peace. He also enjoyed going on many vacations with his wife, Darlene; Florida was a favorite trip of theirs!

Randy can be described as hardworking, kind, easy-going and loving. He never complained about anything and took life as it came.

He is preceded in death by both parents, Clarence (Emily) Cox; and a stepson in-law, Tim Wolf.