4 family members either work or live at Good Samaritan Society 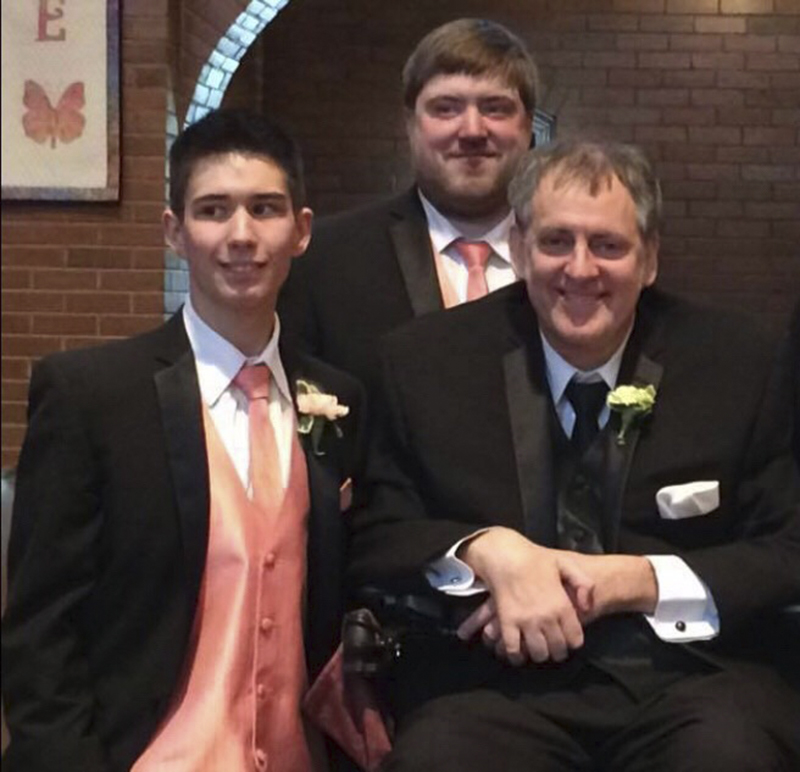 Jill McGary, not pictured, and two of her three sons work at Good Samaritan Society, where her husband, Michael McGary, also lives. - Provided

It’s all in the family for Jill and Michael McGary and two of their three sons, Travis and Daniel.

Jill McGary said she has worked for Good Samaritan Society for seven years and started as a registered nurse in the post-acute unit working overnights. She gradually transitioned over to become the senior living director and has been doing that for about six years. In this position, she is in charge of nursing and administrative oversight of staff at the Good Samaritan Hidden Creek and Bancroft Creek Estates facilities. There are 24 apartments at Hidden Creek, and 44 at Bancroft Creek.

Travis McGary said his first job was lifeguarding and he had to use first aid and CPR during his first year working.

“I knew from then I always wanted to help people, and this was a good opportunity,” he said.

He has worked as a nursing assistant at Bancroft Creek Estates since 2016.

Daniel McGary has always worked in food service of some kind and heard about an opening in the dietary department at Hidden Creek and Bancroft Creek Estates two or three years ago, and applied for the job, his mother said.

Michael McGary said he has been a resident in the nursing facility since September and was also previously there for therapy in 2015.

He said 33 years ago when he was 24, he was diagnosed with a tumor inside his spinal cord. At the time, he was living in southern California. Doctors removed the tumor, but he suffered some nerve damage, although he was still able to walk.

At the end of 1999, he met his wife, and that’s when they moved to Minnesota. He said it was a slow decline until 2015, when he was having great difficulty walking, and additional problems were found.

He had a pulmonary embolism and came to Good Samaritan for three months for rehab.

This past year, he said, things started getting more difficult for him physically and more medical issues came up. He came to the care center for a rehab, but ultimately decided to stay because he needed more help than his wife could provide.

The family said they enjoy working through Good Samaritan Society, and it is convenient that they all live and work near each other.

“I’m able to swing by and see him and say hi,” Jill McGary said of her husband.

The couple’s third son does not work through Good Samaritan Society but also lives in Albert Lea.