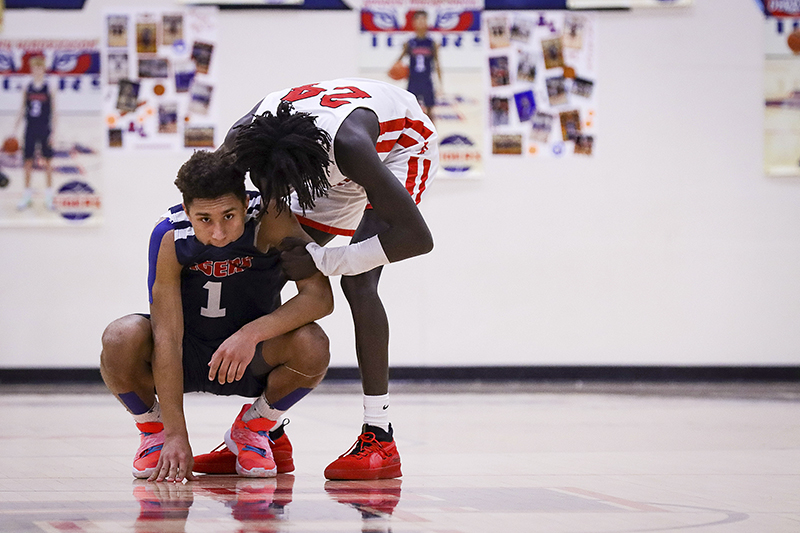 A show of respect was seen on the court Friday night after an intense ending to the game as Austin senior Agwa Nywesh consoles Albert Lea’s JJ Mucha-Owens. The Tigers lost to the Packers 41-40 on senior night. Photo courtesy of Laura Mae’s Photography

Tigers lose a one-point heartbreaker to Packers on senior night

In a game that came down to the very last minute, the Packers  emerged the slugfest with the win over the Tigers, 41-40.

The first half was low scoring for both teams with tight defenses, and low shot percentages sent the Tigers and Packers to the halftime break in a 17-17 tie.

Coming out in the second half, both teams continued to deal out blow after blow and traded the lead back and forth.

With just under two minutes remaining, the game was knotted back up at 37-37. 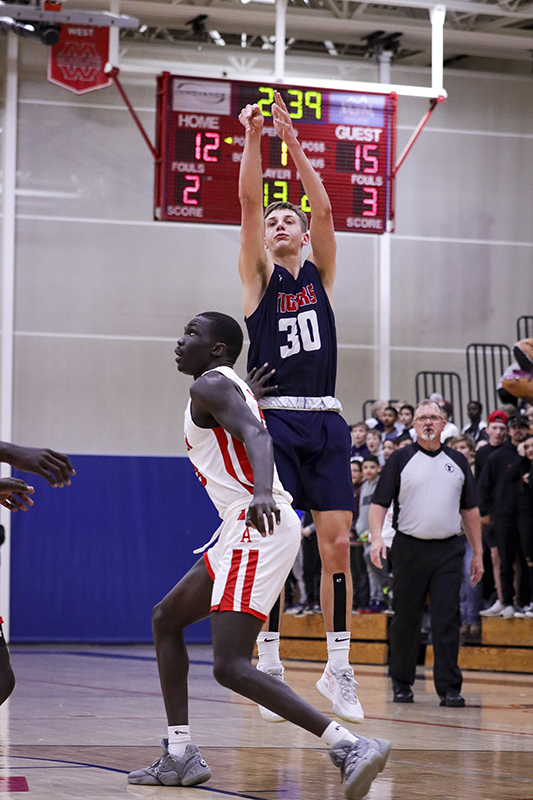 Albert Lea senior Connor Veldman releases a shot from just inside the three-point line Friday night against Austin. Veldman scored 11 points in the 41-40 loss to the Packers. Provided

Through an intense final two minutes of the game, the Packers outscored the Tigers 4-3 to avenge their earlier loss this season in which the Tigers won 72-71.

The Tigers received the news Saturday morning that they would be the No. 2 seed in the Section 1AAA tournament behind the No. 1 Packers.

They will host the No. 7-seeded  Falcons of Faribault  at 8 p.m. Tuesday.

In their two previous meetings this season, Albert Lea came out with a victory in both — once in a 72-48 rout and once in a closer 65-55 game.