Two North Iowa judges have upheld rulings against a Worth County woman.

Barbara Kavars, 67, of Manly, appealed her October criminal conviction and subsequent sentence after being found guilty of 14 counts of animal neglect, for which she was sentenced to two years of supervised probation, a suspended jail term, and fines totaling $910. 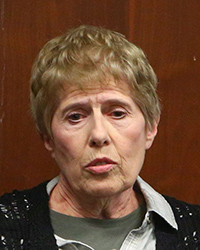 The appeal, filed by Kavars’ attorney, Michael Byrne in November, was struck down by Iowa District Court Judge Colleen Wieland on Friday. The ruling stated Kavars had not provided substantial evidence that her initial conviction was unjust, nor that her sentence was too harsh.

In January of this year, Kavars and Byrne also filed a petition, requesting a new trial and asking the courts to overturn a civil ruling, from January 2019, by a judge who determined nine dogs and four cats seized by the Worth County Sheriff’s office and the American Society for the Prevention of Animals (ASPCA) from her property in December 2018 to be “threatened animals.”

The animals were taken as part of a rescue effort in which 150 Samoyed dogs were recovered from a puppy mill operated by Kavars. The dogs were transported by the ASPCA from the property to undergo examination and treatment by a veterinarian.

Kavars had agreed to permanently surrender all but 13 of the animals, which were found to be living in filthy, unhealthy conditions.

Worth County Judge Douglas Krull ruled against Kavars’ petition to keep the 13 animals due to the “overwhelming” evidence of neglect demonstrated. Many dogs were matted, underweight, and displayed varying degrees of injury or other medical distress.

According to the request filed on Jan. 3, Kavars believed she did not receive a fair hearing due to inaccurate statements made by former Worth County Sheriff’s Deputy Andy Grunhovd, who testified in August 2019 he had partially misquoted Kavars in previous testimonies regarding the manner in which her animals were watered during the winter.

The petition also cites a contract between the ASPCA and Worth County was not admitted as evidence in the trial, therefore creating a bias against Kavars.

On Friday, Krull also denied Kavars’ appeal request, stating that none of the objections filed rose to the level of warranting a new trial, and because of the extensive evidence presented against Kavars, no additional information would have had an impact on the outcome.