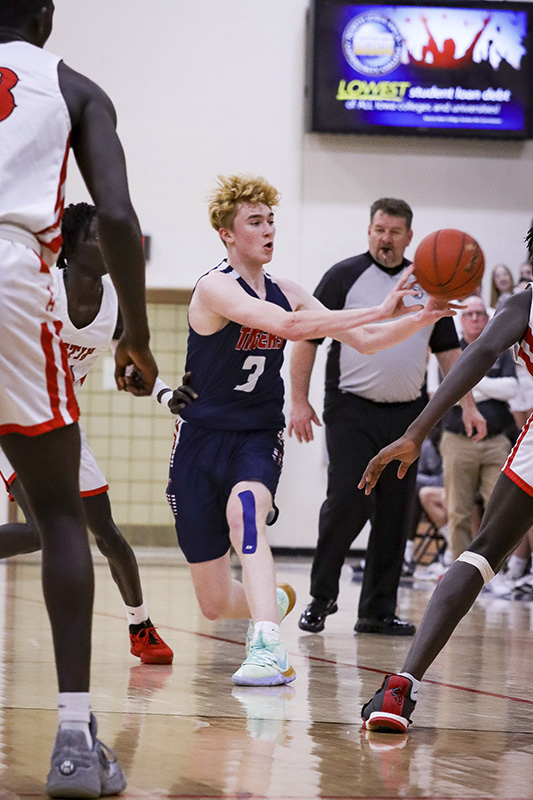 Koby Hendrickson makes a pass in the second meeting between the Tigers and Packers this season. With the sesaon series even at 1-1 and a trip to the state tournament on the line, the two teams will meet again Friday night in Rochester. - Provided

As if the Albert Lea and Austin rivalry didn’t have enough history already, Friday night is going to add an important chapter to the story.

At 8 p.m. Friday at Mayo Civic Center in Rochester, the Tigers and Packers are set to square off with one another for the third time this season, and this time a trip to the Minnesota state tournament is on the line.

In their first matchup this season, the Tigers broke a long losing streak by beating the Packers on the road for the first time since 2006. The game came down to the wire with the Tigers emerging victorious 71-70.

Just over a month later, in the regular season finale, the Packers took their revenge, beating the Tigers in another tight game, 41-40.

“The best thing we can do is stay focused and take care of the little things,” said head coach Lantt Benavidez. “If we play our game the way we’ve prepared all year long, we feel like we can compete with the best teams in the state. 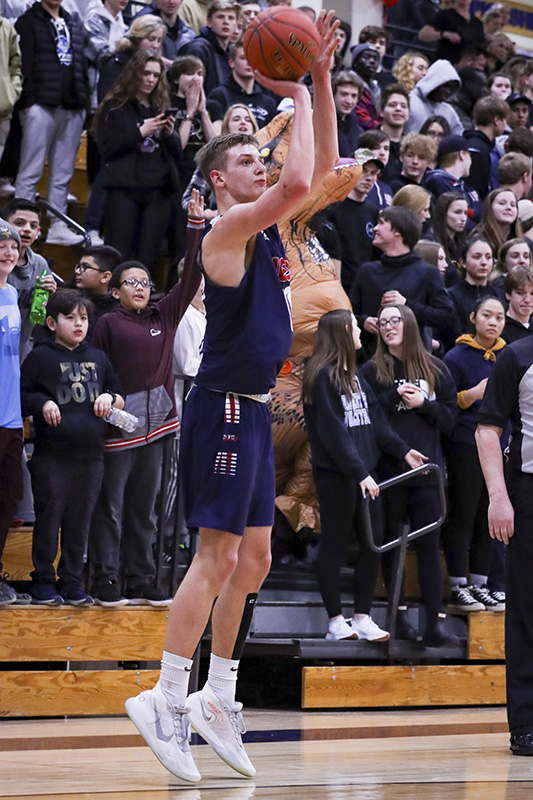 “Austin does a really good job with their press. As long as we can keep turnovers to a minimum I feel like we will be in a good spot to finish the game.”

With the score all knotted up at 111-111 through two games so far, Friday will be for all the bragging rights as one team will head to the state tournament and the other will end its season.

The rivalry goes back decades. One of the rivalry’s defining moments came 50 years ago when the teams met in the District II title game. According to Tribune columnist Tom Jones, the game was played in Ove Berven Gym and Auditorium in Austin in front of over 6,000 people.

The Tigers were trying to break a 20-year drought of winning the district. In that game, the Tigers rallied back from a 10-point deficit late to tie the game at 64-64 and send it to overtime.

Unfortunately for the Tigers, the Packers outscored them 8-5 in overtime to come away with the win.

Phil Nelson led the Tigers with 20 points and Rick Knutson led the Packers with 29 points. The Tigers ended their season with a record of 12-8.

The last time the Tigers played in the section championship was in the 2005-06 season, when they lost to Lakeville South 71-53. They won the section tournament the year before with a 51-44 defeat of Faribault.

“(I’m proud) of the team and my coaching staff,” Benavidez said. “They’ve worked hard all year long and believed in the process. ‘Why not?’ is the motto we started the year with, and are continuing to play by.”

A host of new Tigers will have their chance to etch their name in school history Friday night in the next chapter of the storied rivalry.

Look to the weekend edition and albertleatribune.com for full coverage of Friday’s game. Follow @altribunesports on Twitter for live updates from the game. 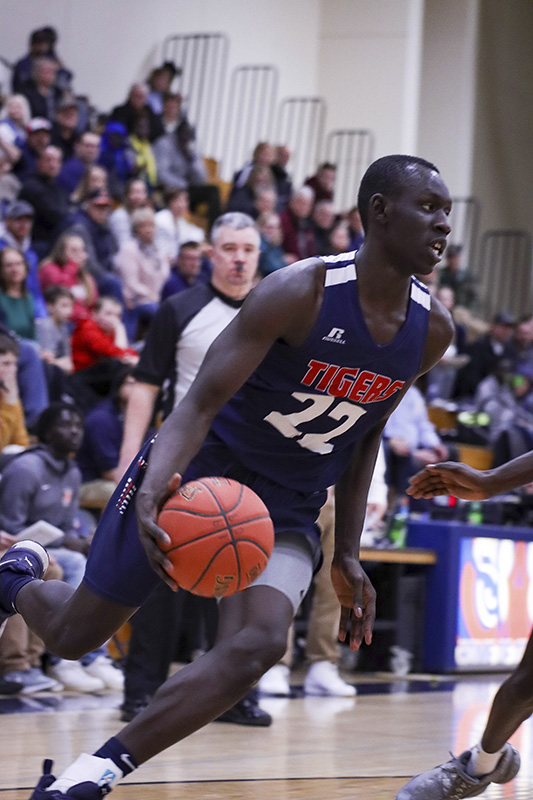 Senior Chay Guen has been a force for the Tigers offense this season and will be big part of their game against the Packers Friday. – Provided