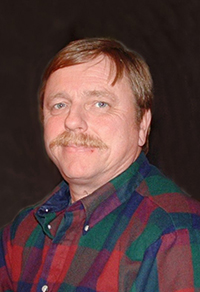 Memorial services will be at 11 a.m. Saturday at St. Peter Lutheran Church in Toeterville with the Rev. Lance Kittleson officiating. There will be a gathering of family and friends from 4 to 6 p.m. Friday at Champion-Bucheit Funeral Home in Osage. In lieu of flowers, memorials may be directed to the family of Brian Carlson.

On April 22, 1972, Brian married Marcia Bartz at Our Savior’s Lutheran Church in Albert Lea. They lived in Albert Lea for a short time, and then made their home in Stacyville. Brian worked for Adams Plumbing and Heating in Osage. He was a member of St. Peter Lutheran Church in Toeterville. He enjoyed going up north to the lake, trips to the casino, watching movies and especially enjoyed spending time with his grandchildren.

He was preceded in death by his father and his wife, Marcia, in 2016.