With deep sorrow, his family announced that Casey James Cunningham, beloved husband, son and brother, passed away unexpectedly in his home Thursday, March 5, 2020. He was only 37 years old. 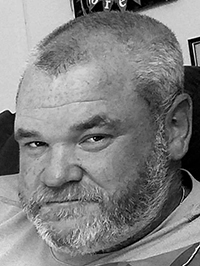 Casey was born into the loving arms of Alan and Claudia Cunningham on March 12, 1982, in Worthington. He grew up in Glenville and graduated in the class of 2000 from Albert Lea High School. He attended college at Florida University’s College of Business, where he earned a bachelor’s degree in business administration with a major in hospitality.

On Aug. 29, 2015, Casey was joyfully united in marriage to the love of his life, Aubrie Marie Rosato. Casey was honored to have been married by his best friend, the Rev. Johnny Fetzer.

Johnny will honor Casey with one final act by leading Casey’s celebration of life service on the exact day God brought him into this world: his birthday, March 12. The service begins at 6 p.m. Thursday at Bonnerup Funeral Service, 2210 E. Main St. in Albert Lea. A visitation will be from 4 to 6 p.m. prior to the service.

Casey’s youth was filled with music, strong family bonds, lasting friendships and endless hours on the lake. Any of his childhood friends will tell you that many great memories were made while on the ski boat! Casey also enjoyed being an active member of the Bayside Waterski Team. He treasured every relationship he made on the water. Casey’s love for water sports didn’t stop in his youth. It is no wonder that Aubrie and Casey made their home in the beautiful town of Brainerd, where Casey could continue to spend many hours on the lake. Casey was a ski school instructor at many resorts in Brained. He had a passion for teaching kids how to ski and for driving the resort’s newest Malibu ski boat.

Music was also a passion of Casey’s. “We can’t forget about music if we’re talking about Casey Cunningham,” his family said. At a very young age, he discovered his love of music. It was an outlet that connected him to his soul. He often found his way through life with the spin of a turntable.

Casey also spent many hours out on the slopes, snow skiing in the Colorado mountains with his family. It was a trip that he and his cherished sister always enjoyed. Casey loved spending time outside in God’s beautiful creation. He greeted many days by spending early morning sunrises barefooting with his dad. He also ended many days with late-night bonfires by the lake with his treasured wife and family.

Most importantly, Casey had a deep love for his family and cherished every moment with them. Family was Casey’s world. His love for them ran deep, as it did for his friends. They meant everything to him. Being a son, brother, husband and uncle were among Casey’s greatest blessings. If you knew Casey, you knew this to be true. When Casey struck up a conversation with a stranger, that stranger soon knew everything there was to know about his nieces and nephews. He was so proud of them and loved being their uncle. Casey was also deeply loved by his family. His passing has left a hole in their hearts that can never again be filled.