Karsjens will replace retiring executive director in early May 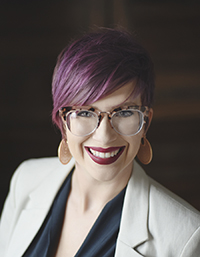 “I am thrilled that Holly has accepted the position for both organizations,” Petersen said in a press release. “She’ll now have the best job in Albert Lea and Freeborn County.”

Petersen announced her retirement during the Governor’s Fishing Opener, which Albert Lea hosted in May 2019. She has served as director since 2007.

Karsjens is the owner of The Meraki Studios, an Albert Lea-based dance, music and art school, and owner of Holly Karsjens Fine Art Photography. She is also co-owner and marketing director of BLK Flooring, with her husband, Brian. Karsjens grew up in Alden, and has called Albert Lea home since 2012.

“Growing up in rural Alden, it was always exciting to go to Albert Lea, because we could go where all the action was,” Karsjens said in the release. “When I moved back in 2012, I was thrilled with all of the changes that were taking place downtown. My husband and I jumped at the chance to purchase and renovate a historic downtown building, and it’s become a hub for art, music, dance and fitness.”

Serving the community through arts and events has become a passion, she said. Karsjens coined the hashtag, #iamalbertlea, because, “I am incredibly passionate about our community and showing up for it.”

Karsjens has been involved, and led, a number of community events and initiatives, including Wind Down Wednesday, The Holiday Bazaar, The Big Freeze, Shop Local and Main Street Albert Lea.

“I admire Holly’s incredible talent, her passion for the community and the leadership she will provide our organization,” Petersen said. “We are truly blessed.”

Karsjens will work closely with Petersen over the coming weeks, before transitioning to the executive director role fully in early May.