For the whole community 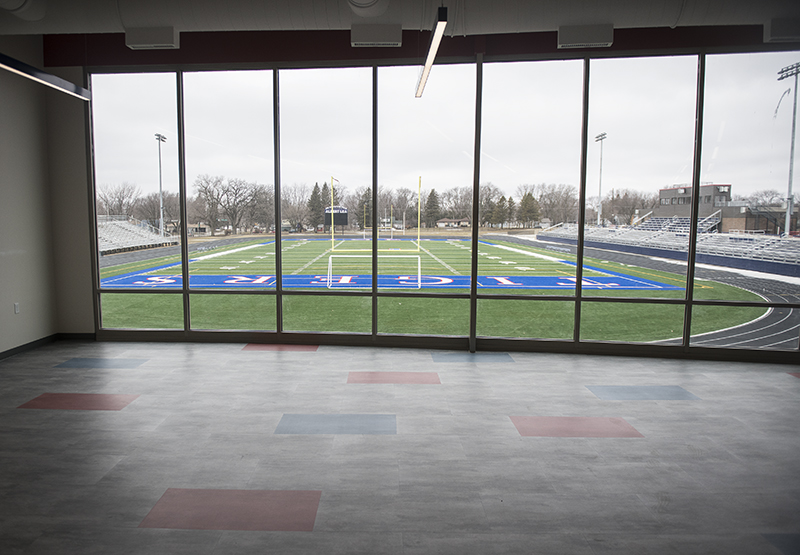 As a project that started in spring 2019, the new field house at the newly renovated Hammer Stadium is nearing its completion.

With over double the square footage of the old field house, the new building houses six athlete locker rooms, a coaches locker room, a training room, a fitness room, offices, one classroom and a lobby area.

“We have over twice the square footage that we had before,” Anderson said. “We actually have room for all the sports now. They don’t have to share the same locker rooms. Before, there really was no space for some of the sports. The old one was basically built for football, back in 1963 or ’64 when it was built. Football and track were all they had back then.”

Another issue in the old field house was the location and privacy of the training room, which was built right off the side of the locker room.

Albert Lea Activities Director Paul Durbahn said bringing equality to both genders was an important factor in the new building as well. 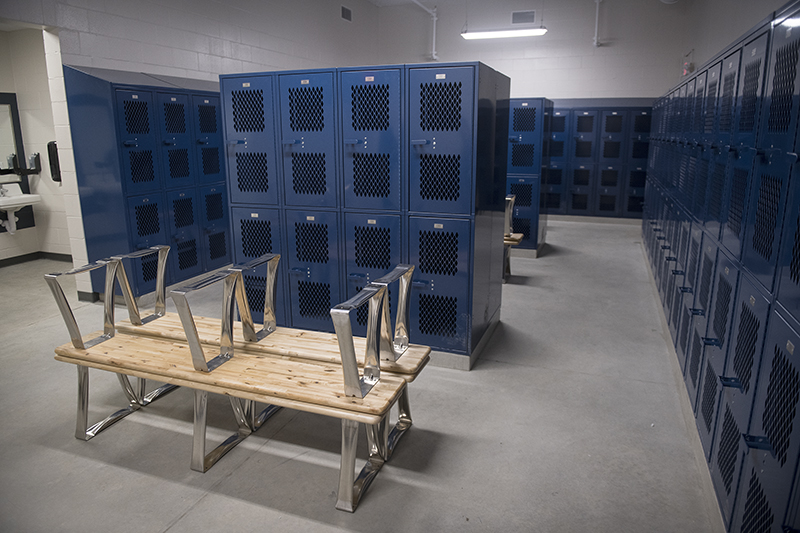 Pictured is one of the new locker rooms student athletes will be able to use at the Hammer Complex field house. – Colleen Harrison/Albert Lea Tribune

“In the old field house, the female side was a little rougher,” Durbahn said. “They didn’t really have all the same spaces that the male students had. So, this really levels the playing field.

So far, the boys’ track team has been the only team to get a look inside the field house.

On top of the athletic teams getting a new space, the field house will also be home to the Albert Lea Community Education offices. Anderson said the Community Ed employees should be able to move into their new offices in about two weeks.

Visiting fans will also have a restroom located on the south side of the building instead of having to walk around the field to the home seating area.

There is also a lobby area on the second floor of the field house where fans will be able to watch games from.

Also on the second floor is a classroom that will be used for Community Ed courses and film studies by the Albert Lea teams. Both the lobby area and classroom will be available to rent out when the building is finished.

Away from the field house, the softball fields are still being worked on and while the fields will be done this year, Anderson said they won’t be playable until next season at the earliest.

“With the nice facility we have and with Community Ed coming in here, it’s going to be a lot more accessible to the whole community,” Anderson said. “They put the money up for it. They voted for it. They deserve to come out and utilize it.” 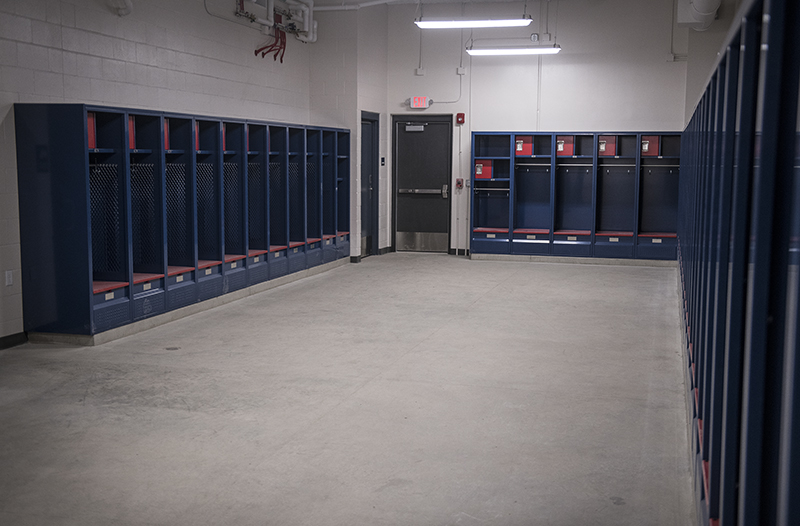