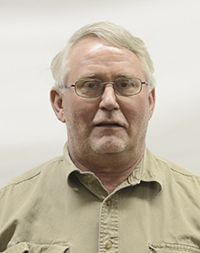 On Monday, Feb. 24, the Albert Lea City Council held its first reading of an ordinance to annex 25 acres of land from Bancroft Township into the city of Albert Lea. The Bancroft Township board opposes this action. The property is owned by Freeborn-Mower Cooperative Services and was purchased two years ago for the purpose of relocating its offices on Main Street.

We were not notified of their intent or even that Freeborn-Mower had purchased the land until a few months ago when we were presented by the city with a petition for orderly annexation of the property and were expected to simply sign immediately. We respectfully declined until we could gather more information to make an informed decision.

According to Freeborn-Mower, there were no other suitable sites available in Albert Lea. A search of the ALEDA website, though, shows seven sites of 25 acres or more that are located in the city, with water and sewer available. Certainly at least one of them would have been suitable, with the most obvious being the site located east of Love’s. When pressed further about this site, a rep from Freeborn-Mower admitted that the site would have worked for them, but that the property was “just too expensive” so they opted for the Bancroft site with the assurances of the city that they would be able to access sewer and water and rezoning of the property through annexation to build on the site.

At the January meeting of the Bancroft Township board, representatives were present from the city of Albert Lea, ALEDA and Freeborn-Mower, as well as the Freeborn County administrator, all expressing the benefits of the cooperative remaining in Freeborn County. The Bancroft Township board expressed that while we would have preferred that they choose a site already developed for that purpose, we had accepted that this development was going to happen on the property they had purchased, but we felt that the township should not be the big loser as a result.

When asked for further discussion, the city’s response was that if we did not agree to “orderly annexation” they would simply “take the land by ordinance” and that the township would receive nothing. At their council meeting, the city manager declared that the township’s “demands” were “completely unreasonable” and the city voted to proceed with annexation of the property by ordinance.

We, as a township board, take this action as a slap in the face both by Freeborn-Mower and the staff of the city.

They cited Freeborn-Mower’s urgency to be able to break ground in the spring as the reason for their actions. Had Freeborn-Mower not waited over two years to inform us of their intent, they would not be in the position that they are now.

There is no reason that the property could not connect to city services and still remain in Bancroft Township. The city says it will not extend services to any property unless it is annexed, yet the Freeborn County Highway Department property located directly south of the co-op’s property is connected to city sewer and water and is located in Bancroft Township, not the city.

Clearly, this is simply a matter of greed on the part of the city rather than a genuine concern for the interests of the cooperative or to ensure the needed benefits of job creation, to stimulate the local economy and increase tax base for the community.

If Freeborn-Mower wants to build on property purchased in Bancroft Township, it should build according to township rules.

Property tax savings alone would be over $125,000 annually for Freeborn-Mower if the property remains in Bancroft Township. As customers of Freeborn-Mower, we should all be concerned about them spending that amount money unnecessarily. Electrical costs will surely be increased as a result of this development and we all are the ones that will have to pay for it.

If you feel as we do that this action is not fair to Bancroft Township and should be halted immediately, I urge you to contact the city manager, mayor  and councilors about this:

I would also urge you to attend the final reading of this ordinance at 7 p.m. March 9 in Council Chambers to voice your opposition.