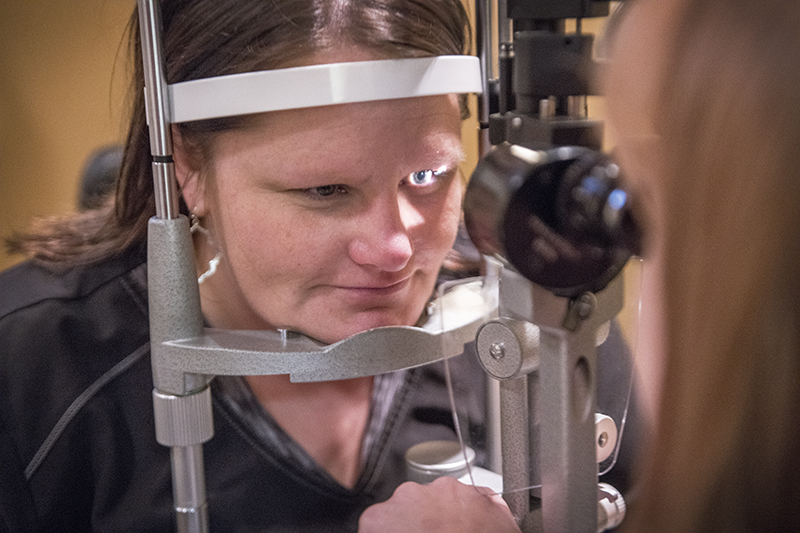 A chance move to Albert Lea inspired by a vacation turned into a home for one Albert Lea eye doctor.

Originally from Indiana, Della Simmons went to Ball State University there before getting her optometry degree from Indiana University. Simmons got married while in college, and after graduating she and her husband moved to Albert Lea. Her husband, Mike Simmons, a fishing enthusiast, had been to Ely before and loved it, and a smaller community away from big city life was what the couple was looking for.

Simmons started her career at Midwest Vision in Albert Lea and was there for about five years before moving to Mayo Clinic Health System in Albert Lea.

Simmons calls it luck that she pursued a career in optometry. She thought it’d be an interesting career, and when she started practicing it turned into much more.

Simmons said her job always keeps her on her toes. It’s more than just finding glasses for her patients, she said. Being an optometrist in a family practice means she handles everything from regular checkups for just about any age, to treating pink eye and diagnosing and treating other diseases, such as glaucoma. Anything that requires surgery would be referred to an ophthalmologist — a surgeon for eyes — or another specialist.

“I like it because there’s a lot of variety,” Simmons said. 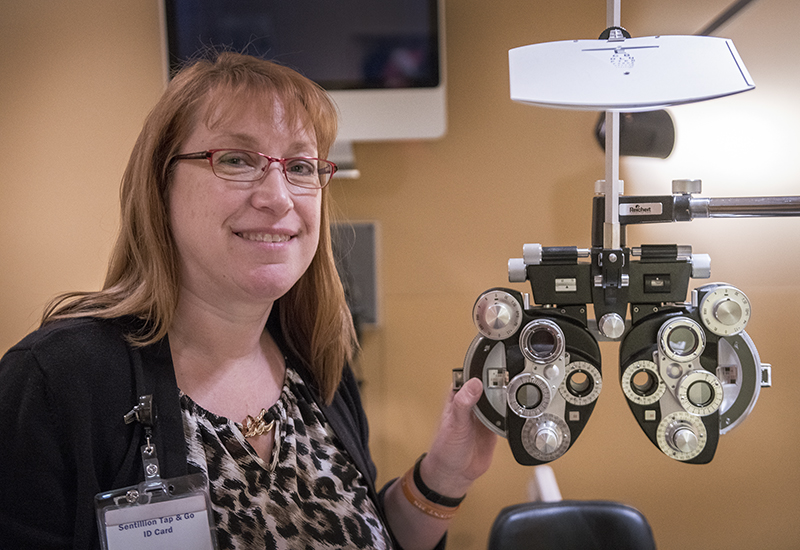 Della Simmons has been an optometrist for about 25 years, 20 of which have been with Mayo Clinic Health System in Albert Lea. – Colleen Harrison/Albert Lea Tribune

Simmons said she likes being in Albert Lea and likes being affiliated with Mayo Clinic. She said the clinic helps her to enhance her medical skills and offers her a full scope of specialists she can refer patients to when needed.

As far as routine reminders she gives her patients, Simmons said stressing the importance of not sleeping in contact lenses — unless your eye doctor has specifically told you it’s OK — is one she goes over a lot. Another is reminding people that if they’re dealing with dry eyes, something that occurs more as people age, they need lubrication drops — not “get out the red” drops. The anti-redness drops just treat the cosmetic condition; they’re not helping your dry eyes, she said.

With any job, including and especially one in the medical field, there are challenging times. Simmons said treating someone who is losing or has completely lost their vision is always hard, and has always been the worst part of her job.

“Unfortunately, you can’t cure everyone,” she said.

Still, Simmons focuses on the positive, and the variety of it she sees, from giving infant eye exams to helping a senior see better.

25: Years Della Simmons has been an optometrist

20: Years Simmons has been an optometrist at Mayo Clinic Health System