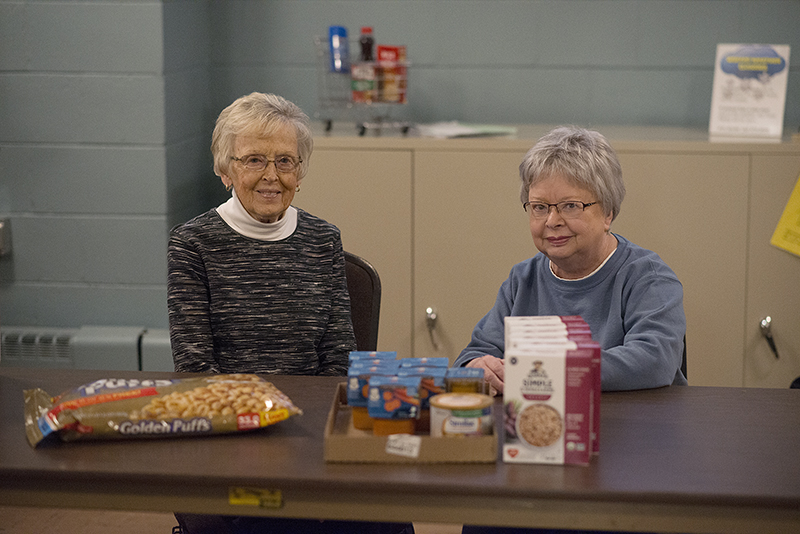 Albert Lea Ecumenical Food Shelf volunteers Dorothy Simonsen and LeAnn Knutson sit at the table near the entrance of the food pantry. This month is the Minnesota FoodShare March Campaign, which was designed to help stock food shelves statewide. - Tyler Julson/Albert Lea Tribune

The beginning of March also marked the start of the Minnesota FoodShare March Campaign for food shelves all across the state.

The Foodshare March Campaign is the largest grassroots food and fund drive in the state and helps to stock almost 300 food shelves statewide. The 2019 campaign saw more than $8 million and over 5.1 million pounds of food shelf items raised.

Albert Lea’s Ecumenical Food Pantry, located at the First Presbyterian Church, is one of the many food shelves aided by the drive.

While people are encouraged to donate year round, LeAnn Knutson, a volunteer with the food shelf, said the March Campaign is set up as a reminder to everyone.

“It’s a time to emphasize donating to food pantries and food shelves,” Knutson said. “It draws attention to the fact that there are people who truly are hungry and don’t have enough to eat. It’s about sharing what you can with others.”

Based on the amount of food and money raised during the month, the Ecumenical Food Pantry can receive incentives that will help with stocking and supplying its shelves.

According to another food shelf volunteer, Dorothy Simonsen, the month of March always sees an uptick in donations.

“Donations almost always pick up during the month,” Simonsen said. “People hold their chips for the month of March, which is nice. It’s a special time to bring it to people’s attention and remind them now is the time for food shelf donations, cash or food, either works.” 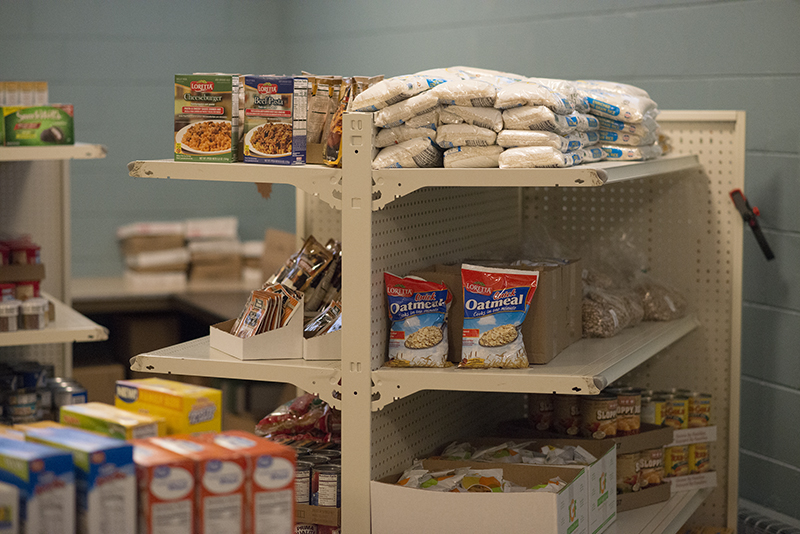 Albert Lea’s Ecumenical Food Shelf is located in the basement of First Presbyterian Church. However, donations may be made at a number of local churches and businesses. – Tyler Julson/Albert Lea Tribune

Any type of product one might consume at home is a welcome donation to the food shelf, but things like canned fruits, vegetables and meats, cereal, peanut butter, toilet paper and soup in the winter are some of the most consumed products at the Albert Lea food shelf, according to Knutson.

Many local businesses and organizations have hosted food drives in the past to help the campaign and there are many area churches with special collection bins for donations that are given to the food shelf. There is also a grocery cart designated for donations inside the front door of the food shelf.

Anyone who is interested in volunteering at the food shelf is encouraged to call First Presbyterian Church and ask for more information.

The Ecumenical Food Shelf is open from 9 to 11:45 a.m. Tuesday and Friday and anyone in need is welcome to come. Upon first visit, individuals will be asked for information and to fill out a registration form. Individuals who visit will be required to meet federal income guidelines in order to receive food, however, they may get food on their first visit. Once registered, individuals may return to the pantry once a month. Anyone who comes is encouraged to bring their own cloth bags or tote box to carry their groceries. 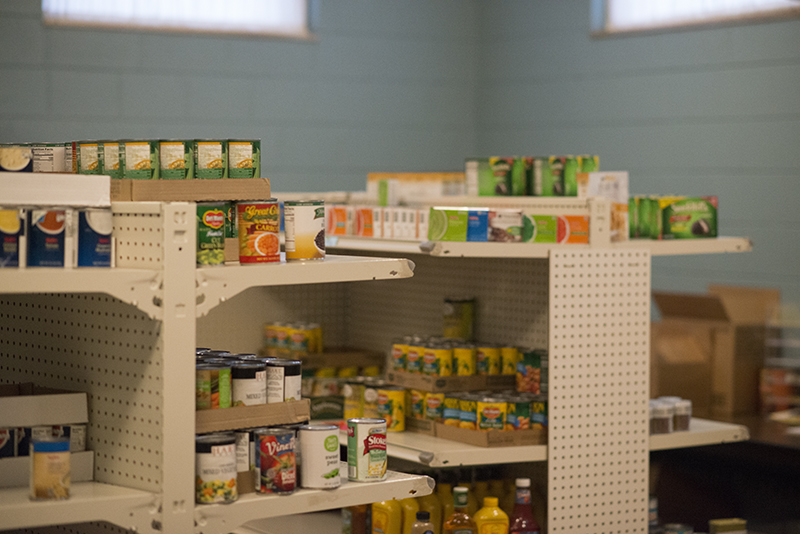 Albert Lea’s Ecumenical Food Shelf is located in the basement of First Presbyterian Church. However, donations may be made at many local churches and businesses. – Tyler Julson/Albert Lea Tribune