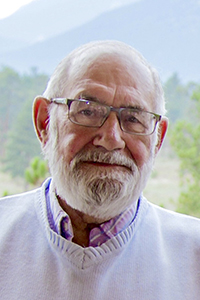 He joined the Army in 1953, and while stationed at Fort Carson in Colorado Springs, he met his wife of 63 years, Alice Ann. Upon leaving the service, he and Alice went to visit relatives in Albert Lea and ended up staying there to raise their family. He retired from Wilson & Co. after 39 years and went back to work at Farmstead for a short time.

A community servant, Jack volunteered on the board of directors of Good Earth Village Bible Camp in Spring Valley for six years, on the United Employees Credit Union of Albert Lea for 25 years, and after moving to Kiester in 1999 he served as a council member on the Kiester Village board. For over 30 years Jack and Alice were also known as Santa and Mrs. Claus, enjoying 10 years at Northbridge Mall in Albert Lea.

He was preceded in death by his wife, Alice Ann; son, Glen Moon; and granddaughter, Bailey Moon.

In honor of Jack, kiss your sweetheart, hug your kids, entertain your grandchildren, go for a long ride in the country, practice your faith, read a good book, sing a song, volunteer in your community, tell a joke (over and over again), enjoy nature, be a good neighbor and live every day as the blessing it is.

A memorial service will be at a later date.