Funeral services for Jose T. DeLaCruz Jr. will be at 2 p.m. Saturday at Bayview/Freeborn Funeral Home. The Rev. Kurt Farrell will officiate. Burial will be in Hollandale Cemetery at a later date. Visitation will be one hour prior to the service at Bayview. Online condolences are welcome at www.bayviewfuneral.com. 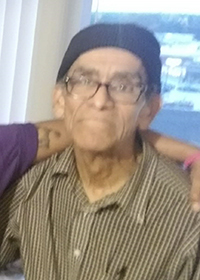 Jose was born May 11, 1943, in Eagle Pass, Texas. He was the son of Jose Sr. and Hortencia (Camacho) DeLaCruz. Jose worked for Unsysis in St. Paul for several years and

later went to work for the United States Post Office in St. Paul until he retired in 2013. Jose had a love of music. He could be found playing his guitar at his house or dancing. If he wasn’t playing or dancing to music, he would be testing his brain with sudoku puzzles. He was very quiet but also very friendly and always willing to help someone in need.

Jose was preceded in death by parents Jose T Sr. and Hortencia; brothers Albert DelaCruz and Armando DelaCruz; and sisters Adelia and Antonia.

Private services for Evelyn “Evie” M. Toft, of Ellendale, will be at First Lutheran Church in Ellendale. The Rev. Richard... read more