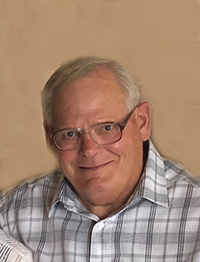 Memorial services will be at 11 a.m. March 14 at Our Saviors Lutheran Church in Cleveland with visitation one hour prior to the service. Northview-North Mankato Mortuary is assisting the family.

Kurt was raised in Albert Lea. After graduating high school, he attended Augsburg College and graduated from the University of Minnesota with a Bachelor of Science degree in agronomy.

Kurt’s working life was spent in agronomy. After retiring, Kurt and Becky moved to the Jefferson Lake area so Kurt could pursue his love of fishing and “puttzing.” Kurt was also an accomplished woodworker.

He was preceded in death by his parents Lowell and Joyce Ross; brother, Chet Ross; and in-laws Melvin and Peggy Bangert.