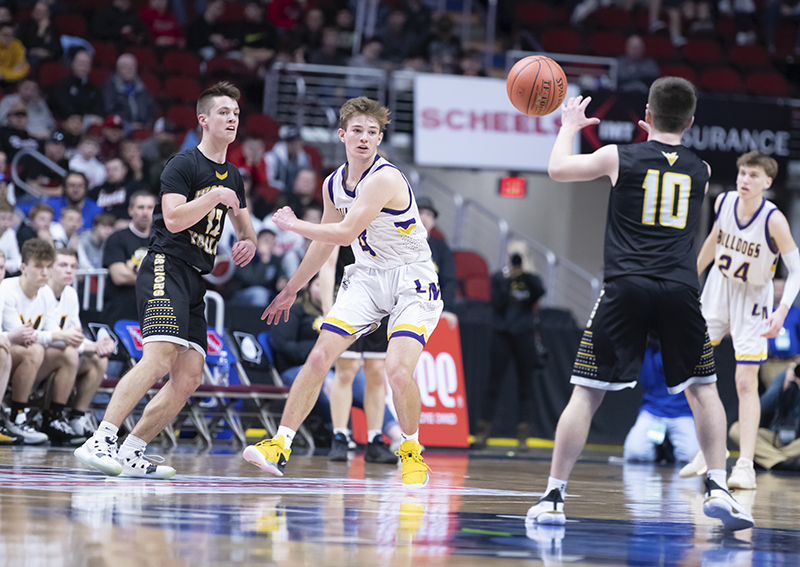 Bulldogs fall to the Warriors in opening round of tournament

Although a close game throughout, the Bulldogs faltered late as the Warriors pulled ahead at the end to win 49-45.

The Bulldogs jumped out to a quick 6-2 lead through the first three minutes of action. However, the Warriors quickly pulled back in pace and, despite never taking the outright lead, they remained close behind throughout the remainder of the quarter.

Wapsie Valley tied the game early in the second quarter, but Lake Mills surged to a 20-15 lead with 4:15 left in the half. Waspie Valley, again, worked its way back and took their first lead. But Lake Mills answered back to make it a 24-24 game heading to the halftime break. 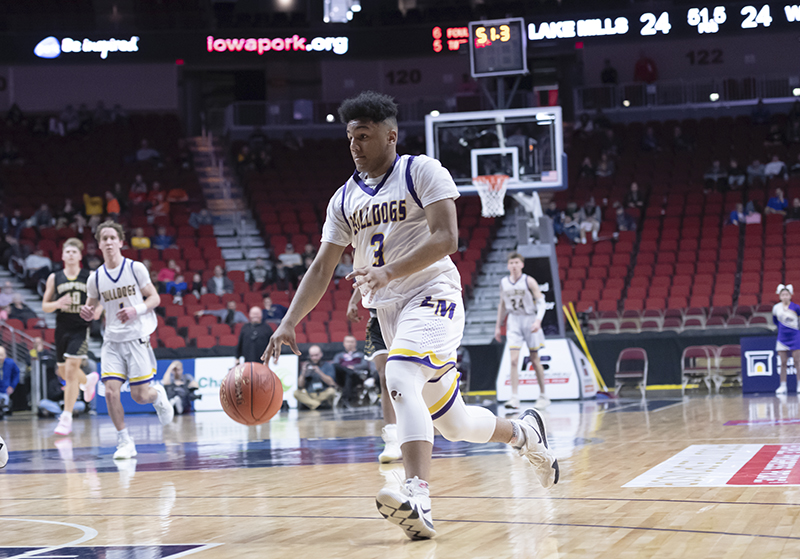 Leading the Bulldogs in scoring in the half were Caleb Bacon with 10, Dashawn Linnen with seven, Chett Helming with six and Mason Fritz with one.

The Warriors came out and took the lead right away in the third quarter and relinquished it for only a few seconds late in the quarter. By the end of the third, the Bulldogs trailed 39-35.

Midway through the final quarter, Lake Mills took the lead 42-41, however, Wapsie Valley took it right back and this time for good.

The Warriors went on an 8-3 run in the final four minutes of play to upset the Bulldogs and end their season with a heart-breaking loss.

Helming ended the game with 14 points and eight rebounds, and Bacon ended with 10 points and 14 rebounds.

The Bulldogs’ season comes to an end with a 23-3 record and a trip to the state tournament for the first time since 1986. They will lose six seniors to graduation, including Helming, Fritz, Colby Groe, Jackson Rice, Parker Rogstad and Garrett Hanna. 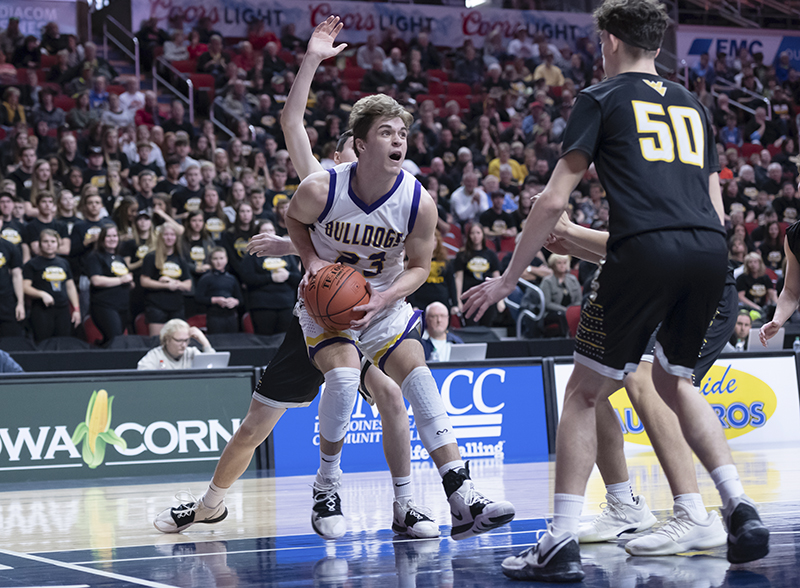 Junior Caleb Bacon prepares for contact Monday in Des Moines. The loss ends the Bulldogs’ season with a record of 23-3. – Lory Groe/For the Albert Lea Tribune