A Level 3 predatory offender is being released from prison on Friday into the Albert Lea community.

Cody Padriac Trott, 29, has lived in Albert Lea off and on over the years and will be registered as homeless, according to the Albert Lea Police Department. 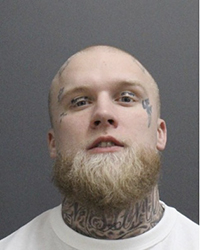 The Police Department is slated to have a community meeting about Trott’s release at 6:30 p.m. Tuesday in the Freeborn Room of the Freeborn County courthouse.

According to a notification fact sheet, Trott engaged in sexual contact with a known female teenager in Carver County. Contact included sexual touching and penetration, and he took advantage of the teenager’s vulnerable state and used force to gain compliance.

The fact sheet describes Trott as being 5 feet 8 inches tall and weighing 182 pounds. He will not have a supervision agent as his sentence has expired.