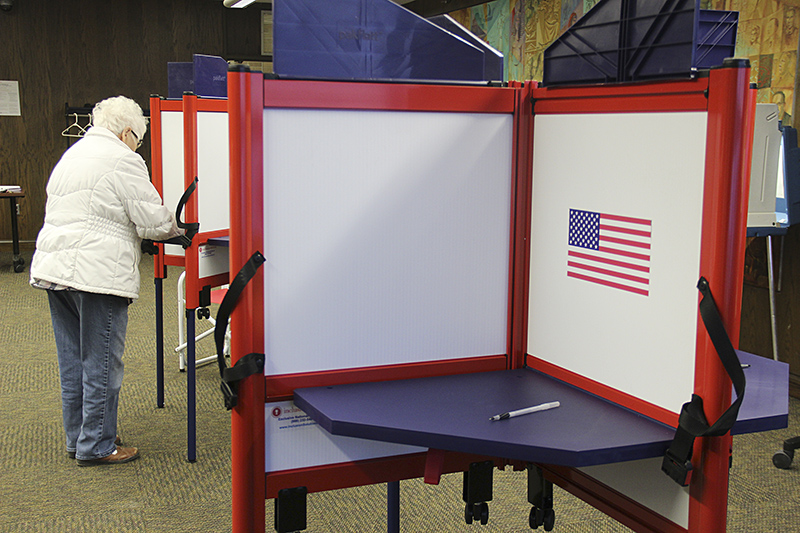 Wanda Dorman fills out her ballot Tuesday during the presidential primary in the City Council Chambers. About 21.6% of registered voters participated in the primary election. Sarah Stultz/Albert Lea Tribune

Freeborn County Democratic-Farmer-Labor voters on Tuesday followed suit with the rest of Minnesota and selected former Vice President Joe Biden as the favorite for the Democratic nomination for president.

In second was Vermont Sen. Bernie Sanders with 656 votes, followed by Michael R. Bloomberg with 255. 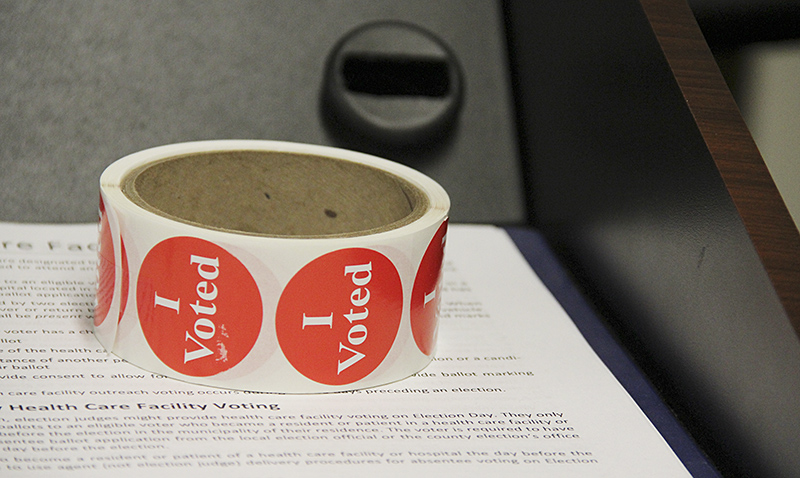 A roll of “I voted” stickers sets on a podium in the City Council Chambers as election judges waited for voters from Ward 5 during the presidential primary on Tuesday. Sarah Stultz/Albert Lea Tribune

According to unofficial results, about 21.6% of registered voters participated in the primary election.

Albert Lea City Clerk Daphney Maras said election judges didn’t know what to expect for the state’s first presidential primary since 1992 — whether it would be busy or slow.

She said though it went slow, things went smoothly, and she credited the election judges at each site for the success.

In the Republican Party primary, 1,196 voters cast their ballot for President Donald Trump, while 10 selected a write-in candidate. Trump was the only name listed.