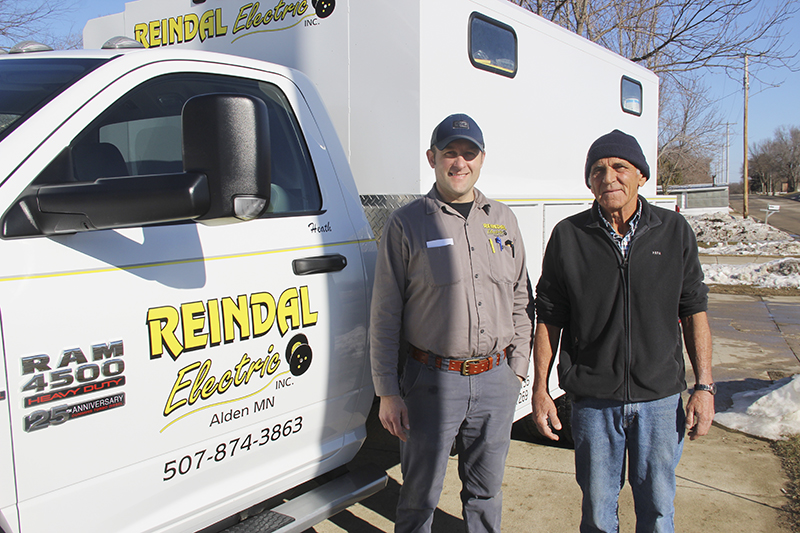 After 31 years in business, Albert Lea electrician Dennis Klocek has sold his business to Reindal Electric of Alden.

Klocek said he has been at his present location at 1414 S. Fourth Ave. for 25 years and actually started out of his garage.

He thanked his customers and the people who worked for him over the years and said he will continue to work for Reindal Electric owner Heath Reindal.

Reindal said he started his business similar to Klocek out of his garage and in 2008 bought out Anderson Electric in Alden.

When Klocek called him last November asking him if he would be interested in purchasing the business, he said he thought it would be a good opportunity to grow his business.

“The last 12 years have been wonderful and this was an opportunity to expand,” Reindal said.

He said it is “a huge plus” to keep Klocek on as an employee for as long as he wishes.

With the purchase of the business, Reindal bought everything except for Klocek’s building, and he said he plans to rent that from Klocek for the foreseeable future. He will also keep his other location at 150 S. Broadway in Alden.

Reindal Electric serves a majority of Freeborn County and eastern Faribault County, about 20 to 30 miles in every direction.