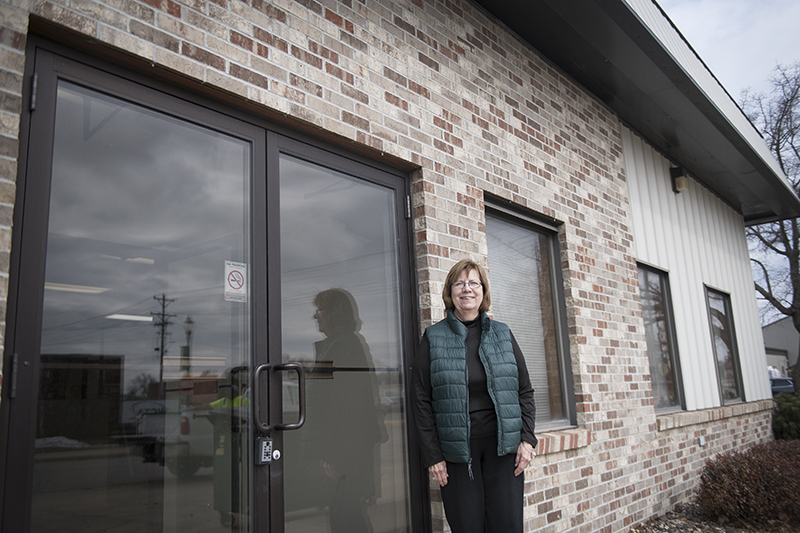 Lake Mills City Hall to move thanks to discount from local

LAKE MILLS — After decades in its current location, City Hall in Lake Mills will soon be moving to a new location in the building formerly housed by Kingland Systems.

Lake Mills Mayor Candy Hanna said city officials were approached by a friend of resident Al Larson, who asked if the city would be interested in purchasing the building, at 200 N. First Ave. W.

“And it kind of mushroomed,” Hanna said.

Larson said he had owned the building for a couple of years and it had been empty the whole time. He paid for the taxes and heating for it during those years and ultimately decided to sell it for what he paid for those costs: $29,000. The building was appraised at $391,000 with the furniture, so the remainder of the building value was essentially a donation.

“I did it because I live there, too,” he said, noting that he could have leased it out, but thought this would be a way he could give back.

He said the Winnebago County Extension Office was also interested in the property, so he decided to sell it on a first-come, first-serve basis.

The Lake Mills City Council had a special meeting about the purchase in January and then the closing on the property took place in February.

Hanna said the city is doing some renovations to the space, including new flooring by Christianson Interiors and cabinetry by Dras Cases, both of Lake Mills. Cubicles and desks that were previously in the building will be used again. 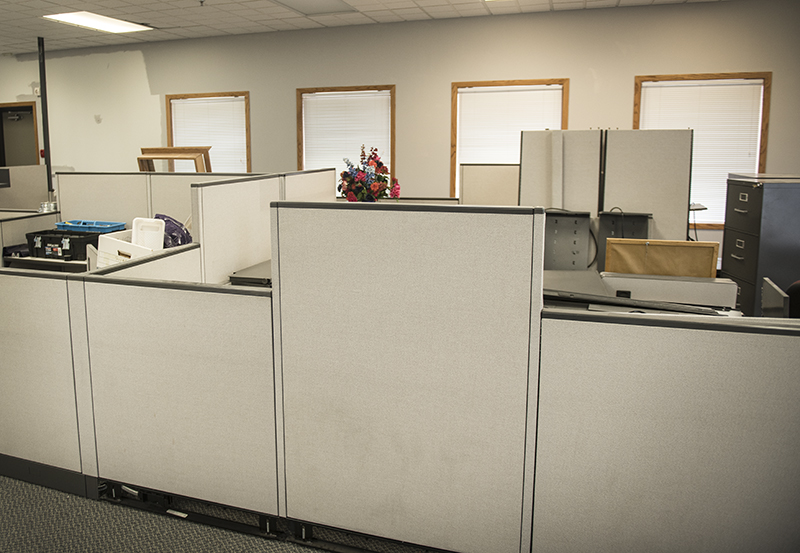 The building will be used by the city clerk, as well as staff with the parks and recreation and inspections and maintenance departments. It will also be the place for Lake Mills City Council meetings. – Colleen Harrison/Albert Lea Tribune

The building will be used by the city clerk, as well as staff with the parks and recreation and inspections and maintenance departments. It will also be the place for Lake Mills City Council meetings.

“We’re excited about the move,” City Clerk Dorene Holstad said. “We think it will be a good thing for Lake Mills.”

Holstad and Hanna said the space between the new and current buildings is comparable, though the old location has an upper level that was used for storage.

Holstad said the present City Hall building at 105 W. Main St. was built in 1925 and over the years has served as the public library, mayor’s office, fire station, ambulance service, NIACC office and as the city clerk’s office.

Hanna and Holstad said there are several options being considered for that space once the new building is finished, including selling the building, annexing it onto the library or turning it into a community space that residents can use.

Though the timeline for completion of the new building is not set, the women said they hoped the renovations would be finished in May — or at least sometime in the summer.

The city plans to host an open house for residents to view the new space once it is completed.