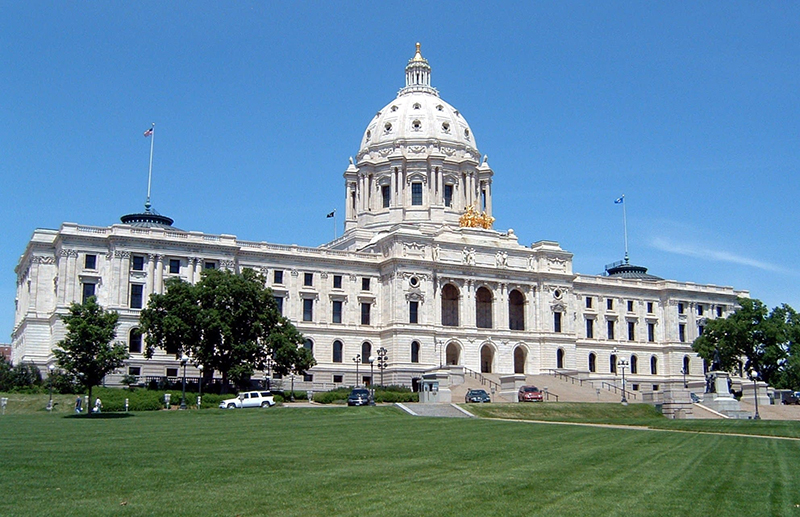 Minnesota’s two biggest political parties decided Thursday night to delay upcoming conventions and scale back other activities as they respond to concerns about coronavirus and public health. - Tim Nelson/MPR News

Minnesota’s two biggest political parties decided Thursday night to delay upcoming conventions and scale back other activities as they respond to concerns about coronavirus and public health.

The separate moves by the state DFL and GOP effectively suspend decisions in key political contests for a month or more. Democrats went so far as to halt voter contacts in person for the foreseeable future.

“The Minnesota DFL will shift all campaign organizing efforts, including direct voter contact, from in-person work to virtual work, and we encourage campaigns to do the same,” a party statement said.

The party will close its headquarters to the public until May 1. Access will be limited to party leaders, key personnel and elected officials.

“This was not an easy decision to make. However, we are currently in the middle of one of the worst public health crises in the past century and the Minnesota DFL is committed to doing our part to keep our party members, candidates, elected officials and the public at large safe during this difficult time,” Martin said after a hastily arranged executive committee meeting.

In addition, the party will hold some uncontested local conventions by phone or video conference. Any race where multiple candidates are competing for party backing won’t have an endorsement convention until May, which is later than usual.

Republican Party Chair Jennifer Carnahan said in a statement that her executive board was also faced with a difficult decision.

“It is the Republican Party of Minnesota’s responsibility to put the health and safety of Minnesotans, our grassroots activists, candidates and elected officials first,” she said.

Both parties are still aiming for state conventions later in May.