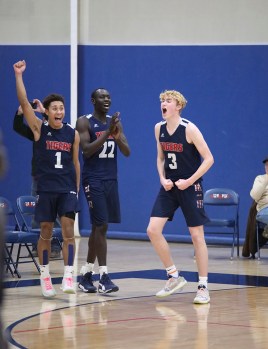 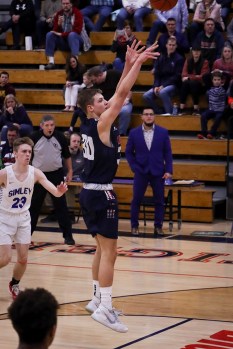 Albert Lea senior Connor Veldman goes up with a jumper from the free-throw line in Saturday’s 55-32 win over Simley. The Tigers advance to the Section 1AAA championship game in Rochester to take on Austin. - Provided 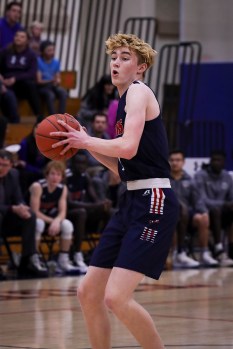 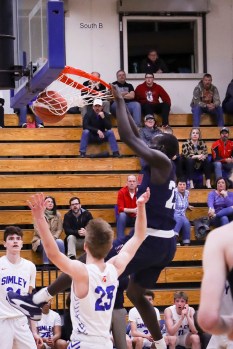 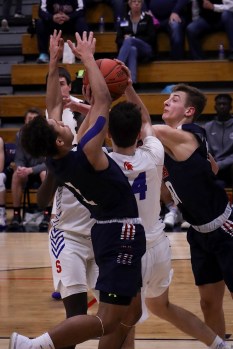 JJ Mucha-Owens and Connor Veldman fight for the ball Saturday in the Section 1AAA semifinal against Simley. - Provided 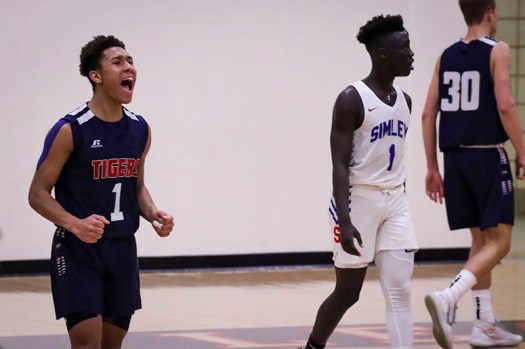 The Tigers used a stifling defensive performance in the second half to beat the Spartans 55-32 and advance to their first section title game since the 2005-06 season.

It was a fairly even game through most of the first half with neither team able to pull away from the other. The momentum-gaining play for the Tigers came with 1:15 left in the first period. The Spartans hit a three-point shot to cut the Tigers lead to just two. However, that basket marked the final score the Spartans had until the 10:45 mark in the second half.

Albert Lea went into the locker rooms with a 24-18 halftime lead and came out and extended its lead by going on a 12-0 run to start the second half. The Spartans went scoreless for eight and a half minutes of play, allowing the Tigers to get out to a 36-08 lead.

Albert Lea cruised to an easy victory through the rest of the game.

Another big advantage for the Tigers came in the rebounding category in which the Tigers pulled down 40 boards compared to the Spartans 20.

Albert Lea advances to the Section 1AAA championship game, where it will meet Big Nine Conference rival Austin on Friday night. The game is scheduled to start at 8 p.m. Friday at Mayo Civic Center in Rochester.

The Tigers and Packers have met twice already this season, with each team coming away with victories. The road team came away with a one-point win in each contest. The Tigers won a 72-71 game Jan. 21 and the Packers won a 41-40 game Feb. 28.