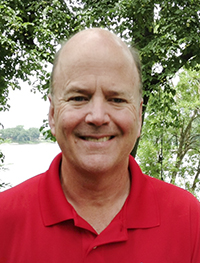 • The Minnesota Twins traded pitchers Joe Grzenda and Charlie Walters to the Washington Senators for outfielder Brant Alyea. Alyea was the first American League player in history to hit a home run on his first major league pitch.

• University of Minnesota head hockey coach Glen Sonmor was to be the featured speaker at the annual winter sports banquet for Albert Lea High School.

• After leading the program for two years, University of Minnesota basketball coach Bill Fitch announced he would be leaving the position to become head coach of the Cleveland Cavaliers in the NBA. The Minneapolis Tribune reported he had signed a three-year contract at $60,000 per year.

• After his team finished 18-8 on the season that included winning the Section 2A Sub-Section 1A championship, United South Central’s Dale Koestler was named the Albert Lea Tribune’s girls’ basketball Coach of the Year.

• Albert Lea senior Abbey Arends was named the Albert Lea Tribune All-Area girls’ basketball Player of the Year. She was the third Tiger to reach the 1,000-point mark in their career when she scored 37 points against Faribault in a game earlier in the season.

• The Minnesota Twins and Joe Mauer agreed on an eight-year, $184 million contract extension that included a full no-trade clause.

• Karli Kriewall, a 2013 graduate of Albert Lea High School who competed in swimming and diving at Boise State University, where she graduated in 2017, is working as an associate director of development for the Golden Gopher fund at the University of Minnesota. Her position entails fundraising for student athlete scholarships and building facilities for Gopher athletics.