Worth County Development project to begin in April 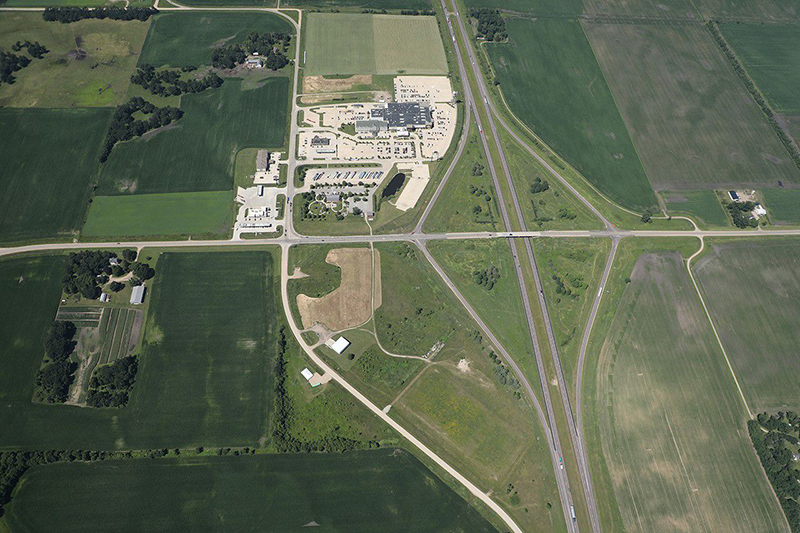 A Worth County project will subdivide and develop a 22-acre property on the southwest corner of Exit 214 at Diamond Jo Casino. - Provided

Worth County Supervisor Ken Abrams has spearheaded the installation of infrastructure to kick-start development south of Diamond Jo Casino.

A verbal commitment of gifting the land was made last fall. The proper paperwork is now in the legal hands and is expected to be finalized before the April 1 date of construction.

Abrams believes lots could be available this summer.

“We tried offering some of this land up for sale before and nobody was interested,” Abrams said. “They want the property shovel-ready.”

The south half was previously marketed for development. The Worth County Board of Supervisors hope that by acquiring the entire corner, as well as installing infrastructure, will change that.

The cost of installing the infrastructure, which includes sanitary sewer, storm sewer, utility connections and a street are anticipated to reach approximately $1.7 million.

“After the infrastructure is there, then we’ll be able to set a price on the lots to see if there are any developers that would like to do more than have a conversation,” said Winn-Worth Betco Executive Director Melissa Michaelis.

Michaelis has already been promoting the lots using preliminary plans and has meet with an interested developer, fast food developer, and explored some other avenues as well.

“It is hard for anyone to commit without firm numbers, but the word is out there,” said Michaelis. “Commercial or retail use is what the land is zoned for, both of which will benefit the casino and the county as well.”

“That land is no good to use without development,” Abrams said. “Plain and simple.”