Confirmed cases across state increase by 91 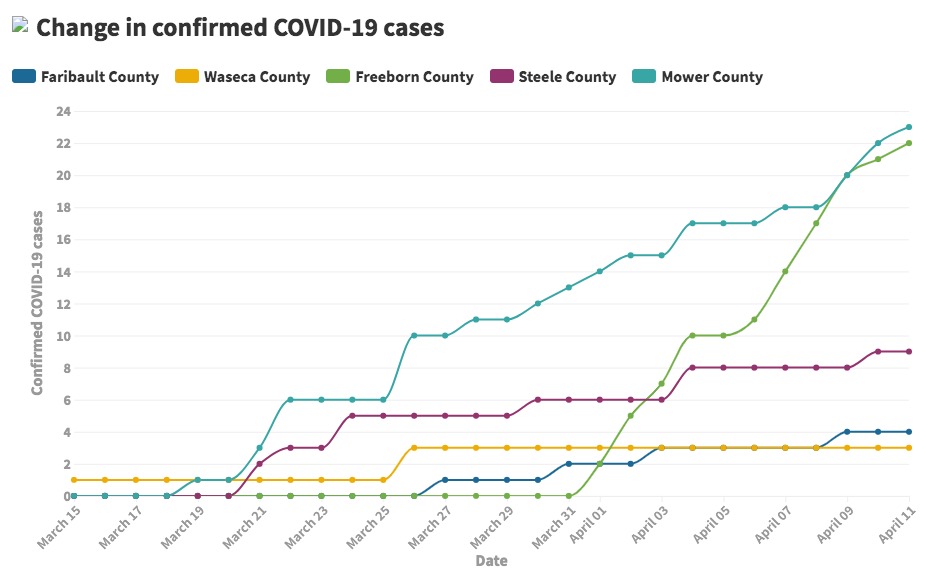 — Information from the Minnesota Department of Health/Graphic created by Flourish

Confirmed COVID-19 cases across the state increased by 91 Saturday, reaching a total of 1,427 cases, the Minnesota Department of Health said.

Of those cases, 793 have recovered and no longer need to be isolated, and 145 are hospitalized, including 69 in intensive care. Sixty-four people have died, an increase in seven people from the day before.

The case is a person under the age of 10, who is recovering at home. 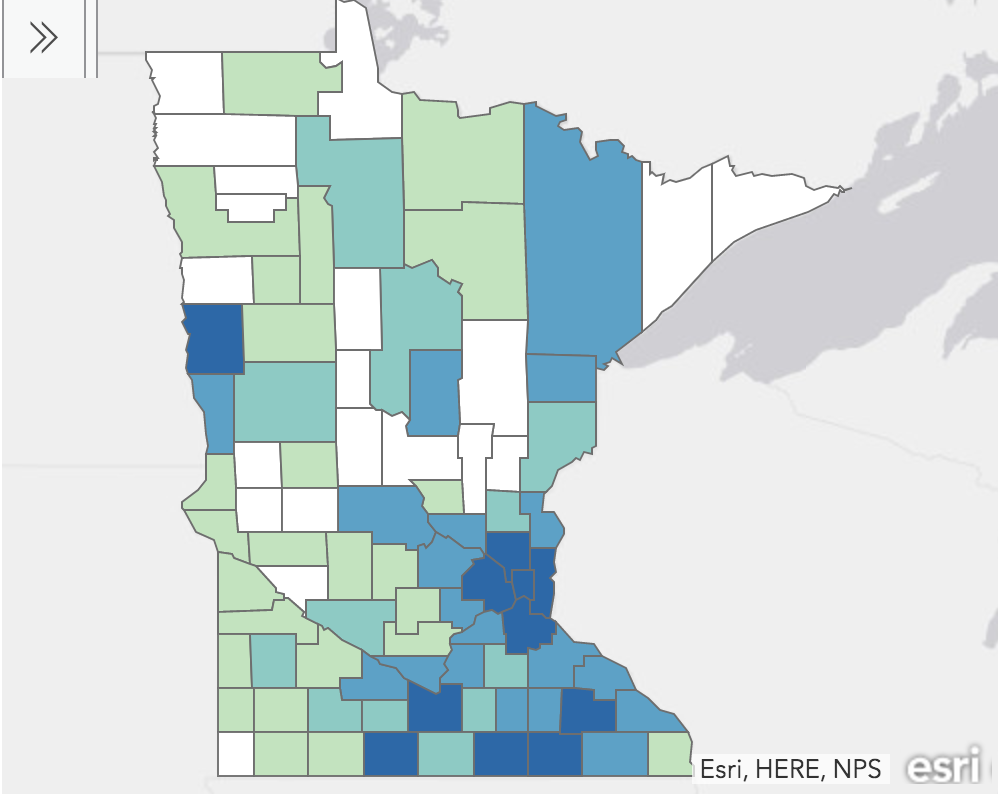 Mower County saw an increase in one case, pushing its total to 23. Numbers stayed consistent in Faribault County at four cases, Steele County at nine cases and Waseca County at three cases.