Confirmed COVID-19 cases in Freeborn County remained steady for a second day in a row, according to the Minnesota Department of Health. 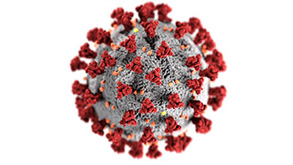 COVID-19 deaths across the state reached 160 on Tuesday. Provided

The county has 33 cases, while confirmed cases across the state grew to 2,567.

Of the statewide number, 1,254 patients no longer need to be isolation, and 237 are hospitalized as of today, including 117 in intensive care.

The highest number of cases in the state are in Hennepin County, with 1,013 cases, with the next highest cases in Ramsey and Olmsted counties, with 215 and 198 cases respectively.

Cases in Nobles County, where officials announced Monday that the JBS pork processing plant would suspend operations because of an outbreak among its workers, have risen to 101.

The department states 47,697 tests have been completed, including 10,294 through the Minnesota Department of Health’s public health lab and 37,403 through external laboratories.