A Hayward man running for the District 27A DFL endorsement said he is concerned about the local economy and would like to run for office to bring more state funding to the area. 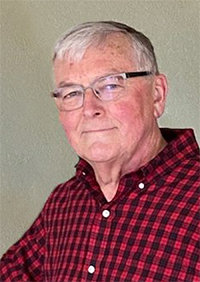 Joe Pacovsky, 70, announced he was running for the seat at the Freeborn County DFL caucus in February. He is vying for the endorsement against Thomas Martinez, also of Hayward.

Pacovsky describes himself as a “middle-of-the-road kind of guy,” and said he thinks more aid should come from the state for cities, counties, townships and school districts for things such as road repairs to help reduce the local property tax burden.

“It’s going to be even more of an issue when the current crisis we have resolves itself,” he said. “That’s a mess, and it’s going to continue to be even when the health part of it is over.”

Over the course of his career, he served in the engineering department at Hormel and then spent 36 years in the utility industry, first advising consumers on how to conserve energy and then managing municipal water and electric utilities. The majority of that time was spent in Marshfield, Wisconsin, where he said he oversaw customer relations and operations and got to work with local and state leaders on a regular basis.

He retired in 2013 and moved back to the area, building the Czech Inn, a bed-and-breakfast retreat in Hayward, where he and his wife, Katherine, also live. Pacovsky said he does some specialty farming.

He also serves on the Shell Rock River Watershed District Board of Managers and the Freeborn-Mower Cooperative Services Board, where he seeks to improve the environment and economy in the area.

In addition to bettering the district’s economy, Pacovsky said he also has goals to restore medical services that have been stripped from the area and to reduce the cost of those services to the state average.

Pacovsky and his wife have three children and 10 grandchildren.

He said how and when the district’s DFLers will endorse a candidate remains up in the air.