Guest Column: Thanks to Hagedorn for biodiesel support 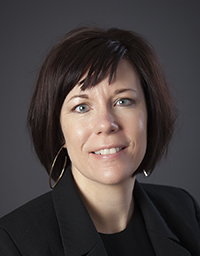 America’s agricultural economy has been clobbered multiple times on a myriad of fronts over the past year, from trade wars to inclement weather. And now, of course, our road to recovery is longer and more uncertain with the worldwide threat of the coronavirus pandemic.

One of the blows to the Midwest’s economic prosperity should’ve been resolved long ago. We all know that the Environmental Protection Agency has consistently undercut the Renewable Fuel Standard by handing out small refinery exemptions to virtually everyone who asked. But in January this year, one of the nation’s highest courts agreed, declaring the EPA “opened up a gaping hole” in the program by granting unnecessary relief to refiners.

Minnesota is a biofuels leader. Biodiesel contributes nearly $1.7 billion to Minnesota’s economy and adds 5,400 jobs to the state, increasing demand for soybeans by 13 percent. It’s also an environmental winner, helping reduce greenhouse gas emissions by removing the equivalent of 230,000 cars from Minnesota’s roads each year. With the move to a 20% biodiesel blend (B20) in May 2018, Minnesota remains at the forefront of renewable fuel use in the U.S.

Yet, EPA’s exemptions destroyed demand for hundreds of millions of gallons of biodiesel. Because biodiesel can add more than $1 to the value of every bushel of soybeans, the loss of demand translates directly to farmers’ bottom lines.

I’d like to offer heartfelt thanks to Rep. Jim Hagedorn, who serves on the Congressional Biofuels Caucus, for writing to President Trump and urging him to keep his promise to America’s farmers and biodiesel producers. Farmers appreciate the Rep. Hagedorn for standing up for producers in his role on the House Ag Committee. Upholding the court’s decision and applying it nationwide can restore integrity to the RFS and eliminate an unwarranted threat to the Midwest’s economic recovery.

Jamie Beyer farms in Wheaton and serves as president of the Minnesota Soybean Growers Association.

Letter: Teachers deserve thanks for dedication

The first piece of advice I was given as a new teacher was to be flexible: “Bend like a willow,”... read more