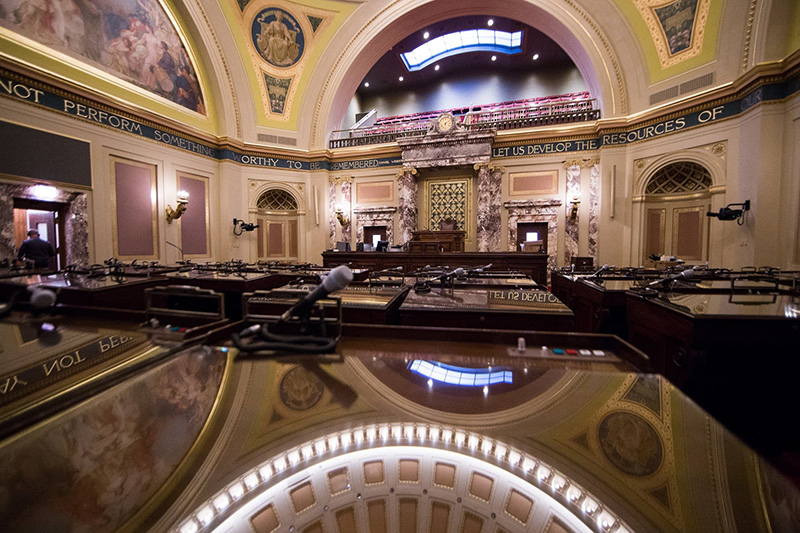 Republican lawmakers say what happens with more than $1.8 billion in federal aid shouldn’t be Gov. Tim Walz’s decision to make on his own. A bill would give the Legislature some control. Evan Frost/MPR News

The Minnesota Senate voted Monday to assert more control over the use of federal coronavirus funding now in the state government’s possession.

A bill that would require legislative signoff for the money to be spent passed 42-25, with a handful of DFLers joining majority Republicans in support. More than $1.86 billion has been sent Minnesota’s way already. Hennepin and Ramsey counties have separately received more than $300 million combined.

Added Senate Majority Leader Paul Gazelka, R-East Gull Lake: “We all know that COVID-19 is an epic problem for Minnesota and America and the whole world. And we are leaning into it together. But to say that the governor should do it all by himself is a mistake.”

Some of the $520 million the Legislature has already allocated in state funding for the coronavirus effort could get backfilled with the federal aid. There are limitations on how it is to be used, but equipment and expanded testing capabilities would clearly fall under the rules Congress set.

Sen. Melissa Franzen, DFL-Edina, was among those who opposed the bill. She said it would make Minnesota less nimble.

“In the middle of an emergency such as COVID-19 every day changes, every hour changes,” she said. “And to have us come back into session, potentially in special session, to have us appropriate funding might actually hurt Minnesotans rather than help them.”

No bill has moved in the Minnesota House, putting the effort to share decision making on the COVID-19 spending in doubt.

If nothing passes, lawmakers would be consulted by the Walz administration, but there’s a high bar for stopping decisions his team makes.