Stephen Curtis Helleksen passed away peacefully Saturday, April 4, 2020, at Sunflower Assisted Living in Elmore. Due to social distancing, a celebration of life will be held at a future time. 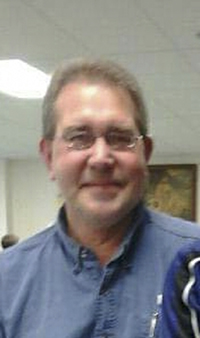 Stephen was born April 22, 1963, in Minneapolis. He grew up and attended school in both Mound and Brainerd. He received his radio communication degree from Brown Institute. He moved to Albert Lea in 1988 and worked in local radio on KATE/KCPI and Hometown Broadcasting KQPR/KQAQ. Stephen enjoyed repairing electronics, reading, and learning about and sharing information on numerous subjects.

Stephen is survived by his children Alden and Adele Helleksen. He adored and was immensely proud of his children and cherished the time he spent with them.

He was preceded in death by parents Skip and Ginny Helleksen; and grandparents Keese and Petra Helleksen and Edwin and Linda Boschee.

The family sends their thanks to the staff at Elmore Assisted Living and St. Croix Hospice for the kind and loving care they provided Stephen. Also, a special thank you to the Rev. Joe Ocker of Dell Lutheran Church in Frost, who not only provided spiritual counseling, but also became one of Stephen’s closest friends. Cards may be sent c/o Adele Rosnow, 809 Cedar Ave, Albert Lea, MN 56007.