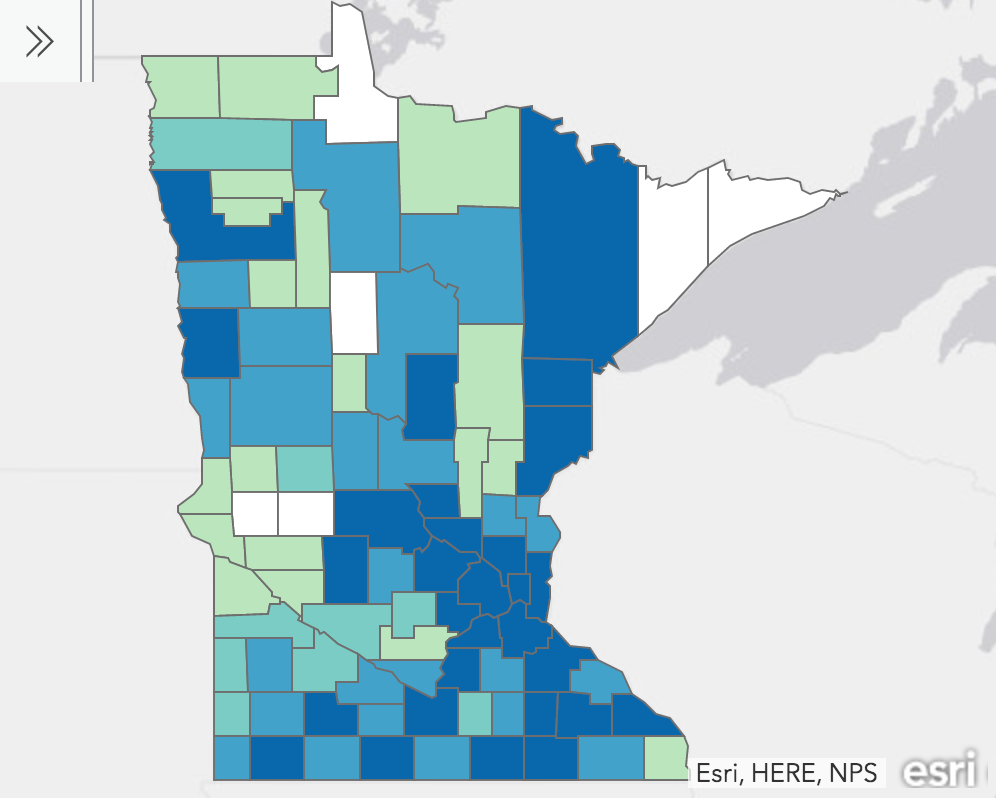 One new lab-confirmed COVID-19 case was reported in both Faribault and Waseca counties and two were reported in Steele County on Saturday, according to the Minnesota Department of Health.

Faribault County now has had six cases; Steele County has had 20 and Waseca has had 5. Numbers remained the same in Mower County and Freeborn County, at 28 and 35, respectively. No deaths have been reported in area counties.

Statewide, total positive cases grew by 498 to 6,228. Of the total cases, 2,397 people have recovered and no longer need isolation, and 395 people have died, an increase in 24 from the previous day. Of that total number, 317 resided in long-term care or assisted living facilities.

The Minnesota Department of Health stated 389 people are hospitalized as of today, including 135 in intensive care.

The state department states 19% of all lab-confirmed positive cases have been people 70 or older. The next highest age group, representing 18% of cases, has been 30 to 39 years of age. People ages 70 and older have accounted for 83% of the deaths.

The highest number of overall cases have been reported in Hennepin County, with 1,980 cases and 259 deaths, followed by Nobles County, with 899 cases and one death.

Olmsted County has had 282 cases, eight of whom have died.

The department stated 79,007 tests have been completed, including 12,869 through the Minnesota Department of Health’s public health lab and 66,138 through external laboratories.