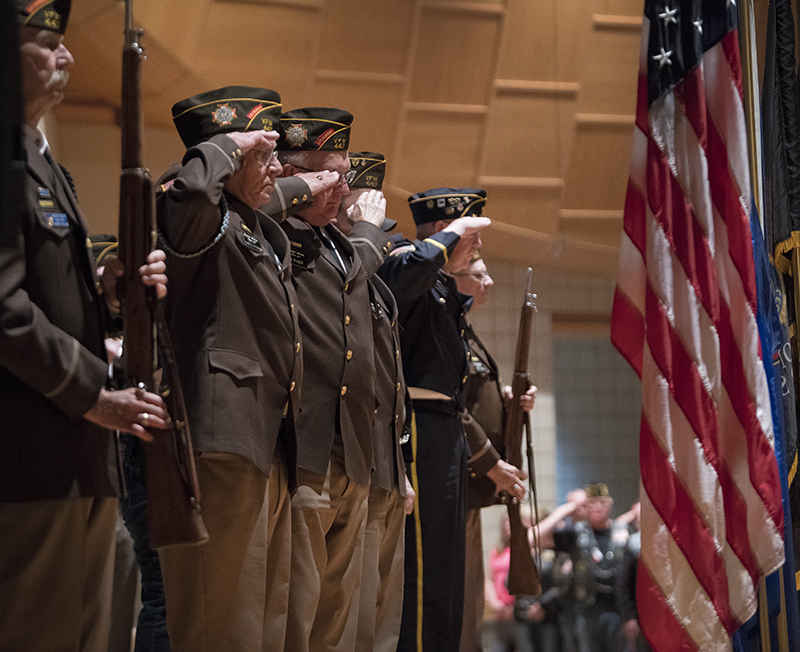 Due to the COVID-19 pandemic, the annual Memorial Day ceremony at Graceland Cemetery in Albert Lea will not take place, but organizers are shifting their plans to provide an alternative ceremony for the community to watch online or listen to on the radio.

At 9:15 a.m. Monday, a ceremony with Albert Lea American Legion Cmdr. Jeff Olson and Jeff Dahlen of the Minnesota National Guard will air live on the Legion’s Facebook page and KATE Radio.

Olson said though he was disappointed to not be able to offer the traditional ceremony for the community, he still wanted to have a way to honor the fallen.

“We’re putting on a ceremony to honor our fallen who’ve given their lives to give us the freedoms we have today,” he said. “It’s a military thing, and we have to honor our fellow comrades, whether they’re here or passed away.”

Throughout the morning, a group of five Legion Honor Guard members will also visit area cemeteries and the Freeborn County Veterans Memorial, where they will perform 21-gun salutes and play taps. They will also conduct the traditional wreath drop into Fountain Lake for military members lost at sea.

Olson said due to social distancing guidelines, he is not promoting times for these visits. 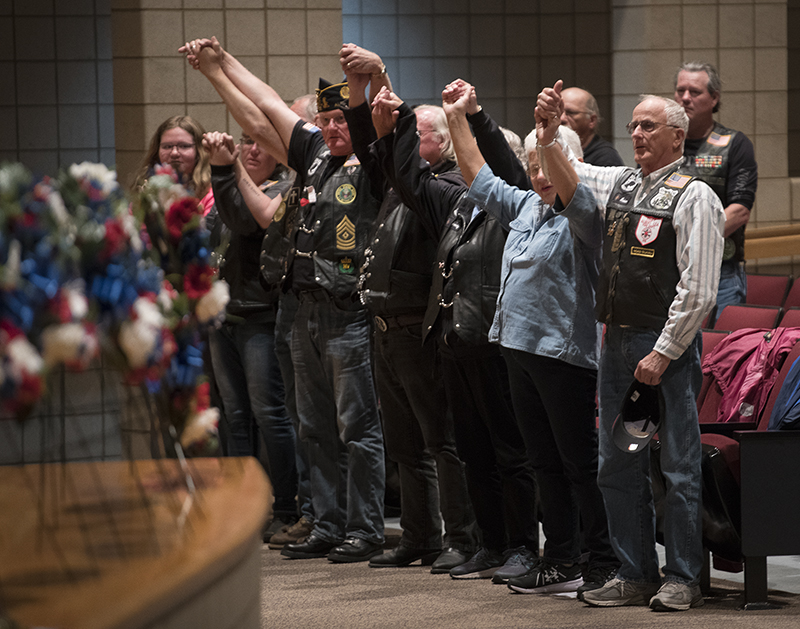 Those in attendance raise their joined hands during the Careyaires’ singing of “God Bless America” during the 2019 service. – Colleen Harrison/Albert Lea Tribune

The Minnesota Department of Veterans Affairs is sponsoring a virtual Memorial Day program in partnership with Twin Cities PBS-TPT, according to a press release. The ongoing coronavirus pandemic prohibits the live events traditionally held at the three state veterans cemeteries in Little Falls, Preston and Duluth.

While a live event will not be held, the three state veterans cemeteries remain open for visitors who are encouraged to follow the StaySafeMN order and limit groups to 10 or fewer.

“The COVID-19 pandemic requires a new approach to our traditional Memorial Day events,” said Department of Veterans Affairs Commissioner Larry Herke in a press release. “This year we will mark this special day in a new and different way, but with the same goal: to honor and pay our respects to Minnesota veterans who have passed.”

TPT has created a 30-minute Memorial Day program entitled “Always Remember: A Minnesota Tribute to Veterans We’ve Lost,” that will be broadcast across the state on TPT’s Minnesota channel at 7:30 p.m. Monday and on TPT2 at 8 a.m. May 31. The program can also be live-streamed online from the TPT website and on Facebook. The program will be rebroadcast on TPT several times throughout June and July and will also be available online after it premieres.

The program will include remarks from Minnesota Gov. Tim Walz and Herke, personal stories from both Gold Star mothers and veterans who were lost and are honored on Memorial Day, as well as music and a rifle salute traditionally included in a live event.