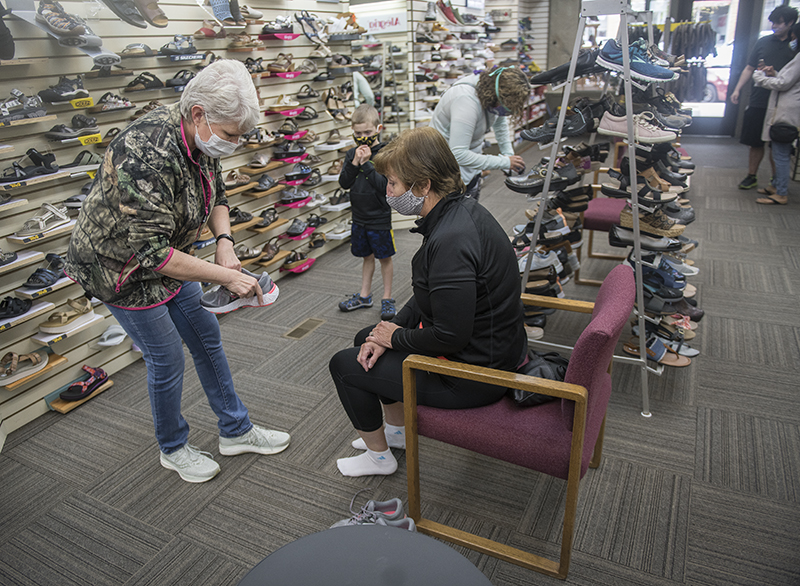 Retailers hopeful for coming weeks in the Albert Lea community

After almost two months with their doors closed to the public because of the COVID-19 pandemic, several small retailers reopened their doors to customers this week, hopeful for the weeks ahead.

Business owners said though it was a struggle to be closed, they are grateful for the support they received from people in the community during the closure through online sales and the purchase of gift certificates.

Becky Johnson, owner of Between Friends Boutique, at 144 S. Broadway, reopened her doors on Monday and plans to be open the same hours she was before the closure, as well as offering private appointments for customers as needed.

“It was wonderful — a long-time coming,” said Johnson, who has owned the business for six years.

She said the main things she heard from customers were how happy they were to be around other people again after mainly being at home the last two months.

She said she implemented several safety measures, including having hand sanitizer available for customers and staff and having staff wear masks. She is using a UV light on all clothes that have been tried on, and dressing rooms are sprayed with antibacterial spray before being used by another customer.

She said though people have been excited to be at her store, she is worried people will not be buying outfits for the special events they normally would because many of those are canceled out of safety concerns.

Linda Knudsen, owner of Plymouth Shoe Store, 129 S. Broadway, said she has been working by herself for the last two months at her store as she was allowed to be open for essential workers, but is now open for all customers this week. She is happy to be able to bring back two part-time staff to the store with the changes and had a steady flow of customers Tuesday morning.

“They’re excited to be out and see people and talk to people,” Knudsen said. 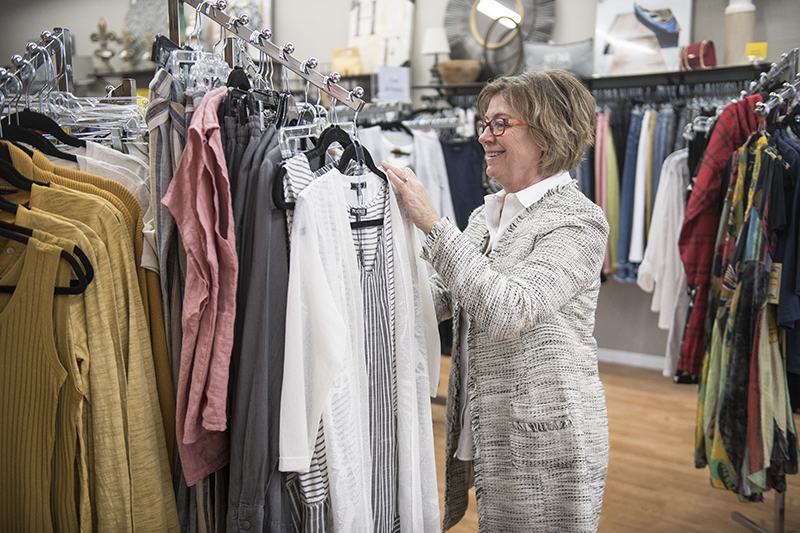 She said so far things have been going well.

In addition to safety measures such as hand sanitizer and face masks for staff, she is allowed to have six to eight people in the store at any given time.

Tom Staker, co-owner of Whimzy Toys & Party, 122 S. Broadway Ave., said his business reopened for customers on Tuesday and will be open from 11 a.m. to 4 p.m. Tuesdays through Saturdays.

Staker, who has owned the business with his wife, Tami, for 11 1/2 years, said some of the safety measures they have taken include offering hand sanitizer and face masks for customers, and staff will all be wearing masks, as well. They will also offer curbside and local delivery as requested.

Staker said the customers who came into the store Tuesday morning were glad the store was reopened and were glad to be able to look around and buy items.

“It’s been kind of overwhelming to understand that the people in town don’t want to see us close up permanently,” he said. “They’ve been contacting us either by Facebook or by our own cell phones to see if they can purchase something from us or a gift card. It’s been great to have the support of the local area, that they don’t want to see us leave and they want to see us continue on.”

He said it was challenging to have to temporarily let their employees go during the closure but there are plans to bring them all back.

Though they had planned to develop an online store for the business before the pandemic, he said it has brought the need for that to the forefront even more. They heard from many customers who would have loved to have purchased online.

Looking to the coming weeks, Staker said while there may be some bumps in the road for everybody, he thinks the business will be able to rebound back to where it was through in-person sales, delivering and shipping.

The Walz administration on Wednesday is expected to announce plans to let bars, restaurants and other places of public accommodation start reopening in phases.

Economic Development Commissioner Steve Grove tweeted Tuesday that key public health factors that are important for future re-opening decisions include how close people are to each other, how long people are in proximity with each other, and how predictable the setting is regarding maintaining social distancing.