The women behind the blue line 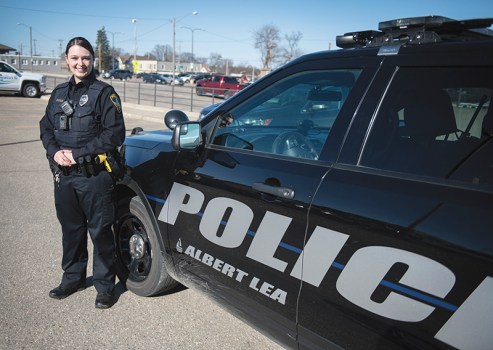 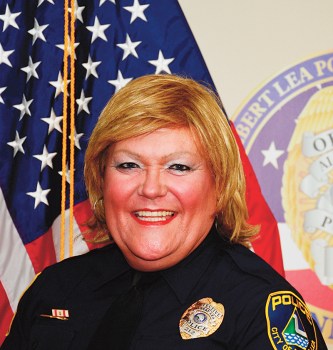 Julie Lynne Kohl is a detective with the Albert Lea Police Department. - Provided 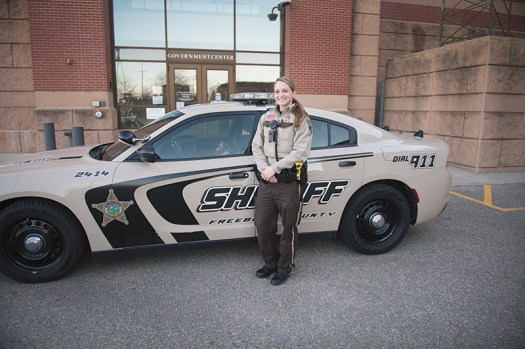 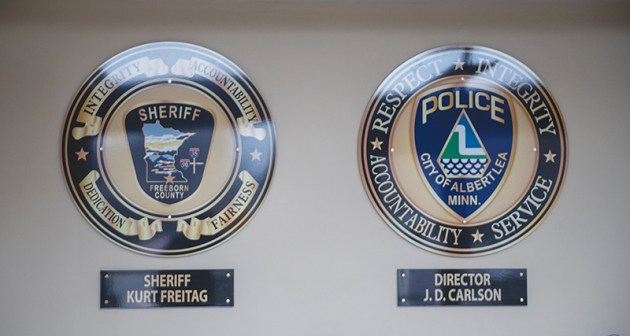 No matter what the case, officers say their primary goal is to help the community

For three local women, a career in law enforcement has been an avenue to give back to their community while serving and protecting those living in it.

While there can be challenging days on the job, the days where they’re able to help someone in some way make it all worth it. 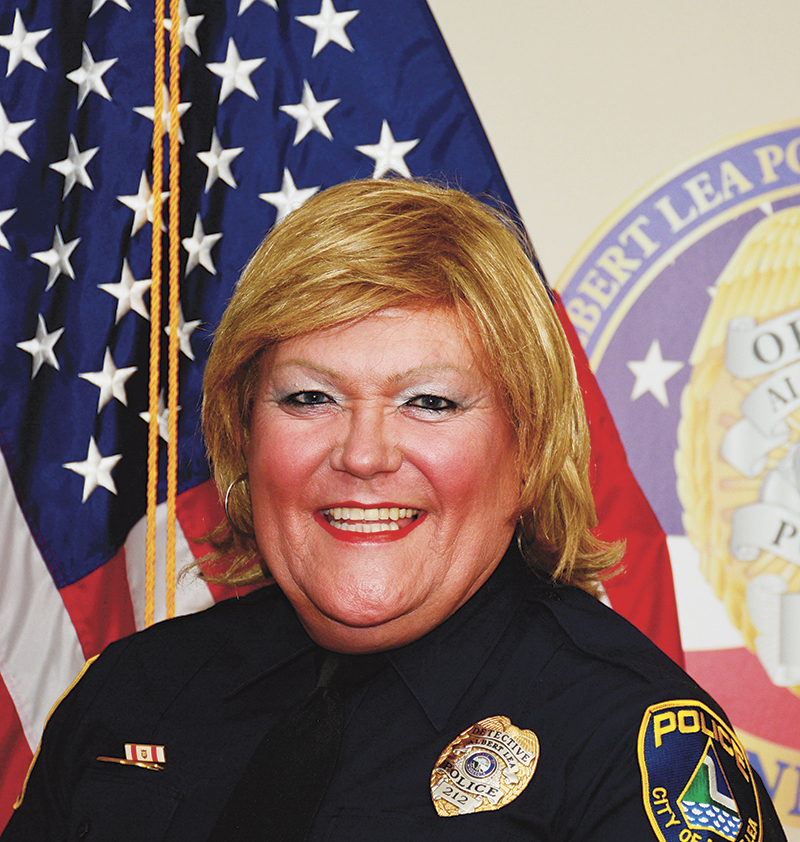 Julie Lynne Kohl is a detective with the Albert Lea Police Department. – Provided

‘There has to be diversity’

Julie Lynne Kohl has been with the Albert Lea Police Department for about 27 years. Originally from Mason City, she has previously worked as a licensed officer, bike patrol officer, a SWAT team member and a juvenile detective after serving in the United States Air Force. She is now a detective with the police department and is also a death investigator for Freeborn County, which is contracted through River Valley Forensic Services.

Her job as a detective has evolved over the years, Kohl said. She handles a large number of sex crime cases, and has received special training in techniques for interviewing children. As times have changed with the internet and cellphones, she started working internet sex crimes over the years as well. She is currently the secretary for the Minnesota Sex Crimes Investigators Association, where she also serves on the board.

Outside of work, Kohl said she enjoys spending time with her children and grandchildren, playing guitar, golfing, fishing, bicycling and riding her motorcycle, and volunteering with different organizations when she can.

Kohl said what initially drew her to a career in law enforcement was the excitement and lack of routine on the job.

“After being in the career for a few years, I discovered that I was pretty good at solving things, and found investigations very challenging and rewarding,” she said. “Today, I have moved to feelings of accomplishment just by helping someone deal and survive a traumatic situation.”

Dealing with the unexpected can be a challenging part of the job, Kohl said.

“I have never been on a call or a case that was the same,” she said. “… Every situation has its own unique aspects and solutions. When you are dealing with human beings, nothing is ever the same.”

Getting through to crime victims and charging cases she knows likely won’t be prosecuted due to a lack of evidence in some areas can be challenging aspects of the job as well, she said.

“I have learned over the years the effects that trauma has on a person’s mental health and that victims of crimes suffer mental trauma,” she said. “I receive self-gratification from being able to help a person through a difficult time in their life.”

She thinks there are people who believe law enforcement picks on certain people, which Kohl said is completely untrue.

While she said women in law enforcement have always had to prove themselves, Kohl said she likes to think that has changed some.

“I work with a great group of people,” she said. “We are like a family; sometimes you don’t always get along, but you learn how to get along. I think it is that way no matter what gender you are.”

Kohl said there is a place for everyone in law enforcement.

“There has to be diversity. As law enforcement officers, everyone brings unique backgrounds and understanding into the profession,” she said. “We all need to be willing to learn from others while we are teaching others. We need to be understanding and willing to help each other. We don’t need to reinvent the wheel, we need to learn not to make the same mistakes over and over and move forward.” 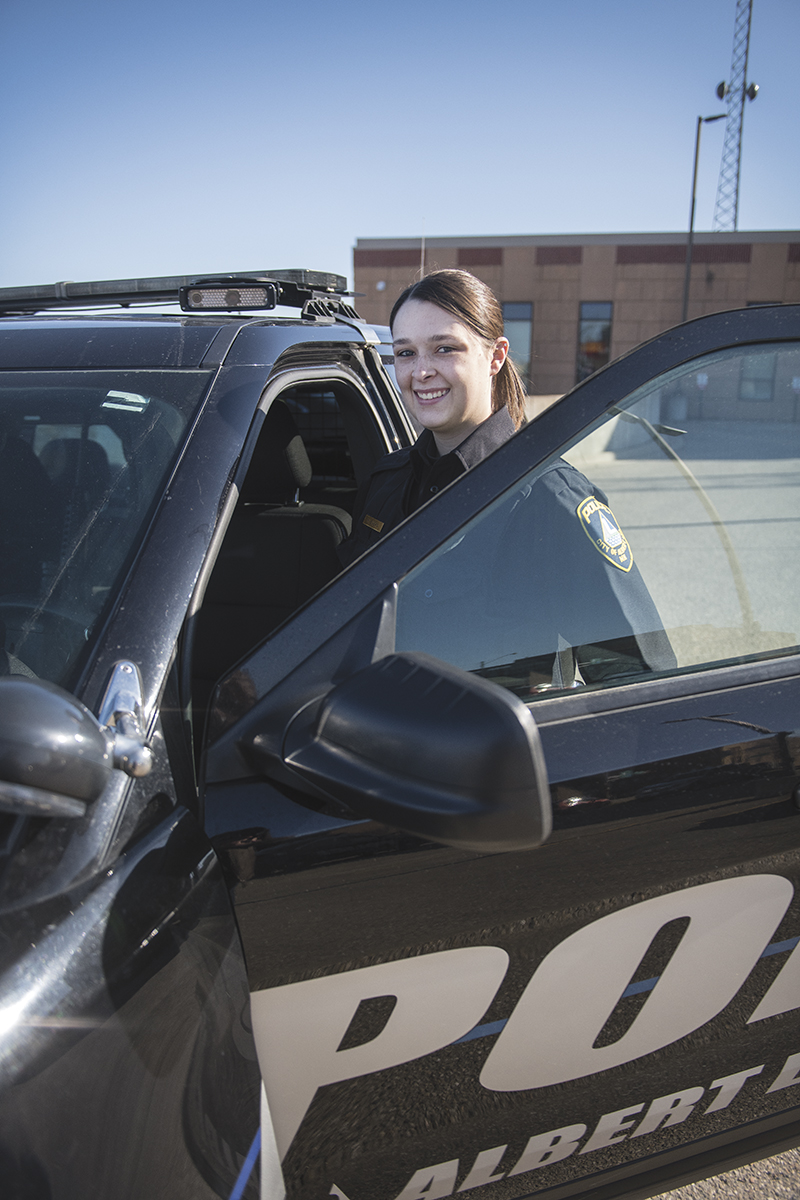 Megan Evers started her career with the Albert Lea Police Department, where she is now a patrol officer, and has been with the department for about 2 1/2 years. Originally from Minneota, Evers, now 24, got her bachelor’s in law enforcement from Minnesota State University-Mankato and took her skills courses through Hibbing Community College. In her spare time she likes crafting, camping, fishing and enjoying the outdoors with family and friends.

The difference from one day to the next on the job is what drew her to law enforcement, she said.

“Every day you go to work not knowing exactly what your day will bring,” Evers said. “It isn’t always the same thing day after day.”

The most rewarding part of her job is being able to help those in the community who really need it, but she said that doesn’t always come without challenges.

“Our normal day is most people’s worst day,” Evers said.

A career in law enforcement can also come with misconceptions.

“We are human like everyone else; we care, we feel and we make mistakes just like everyone else,” she said. “But at the end of the day, we will do whatever it takes to help our community and the people we serve.”

About 26% of all law enforcement employees in the U.S. are female, according to the FBI’s criminal justice information services division. Even so, Evers said the females who have gone before her have paved the way so that she doesn’t face any hurdles that are different from the ones male officers face.

“My partners have been nothing but supportive since the first day. They treat me like any other fellow officer and are truly like my brothers.”

Evers is currently a field training officer — assisting new officers in learning the role of a police officer and all the aspects of the job, and she plans to continue to grow as an officer herself. She encouraged others to do the same.

“Pursue you dreams. In this career you have a front row seat to many things,” she said. “The job isn’t always easy, but looking back at all that I have been able to do and help people with, it makes it worth it.” 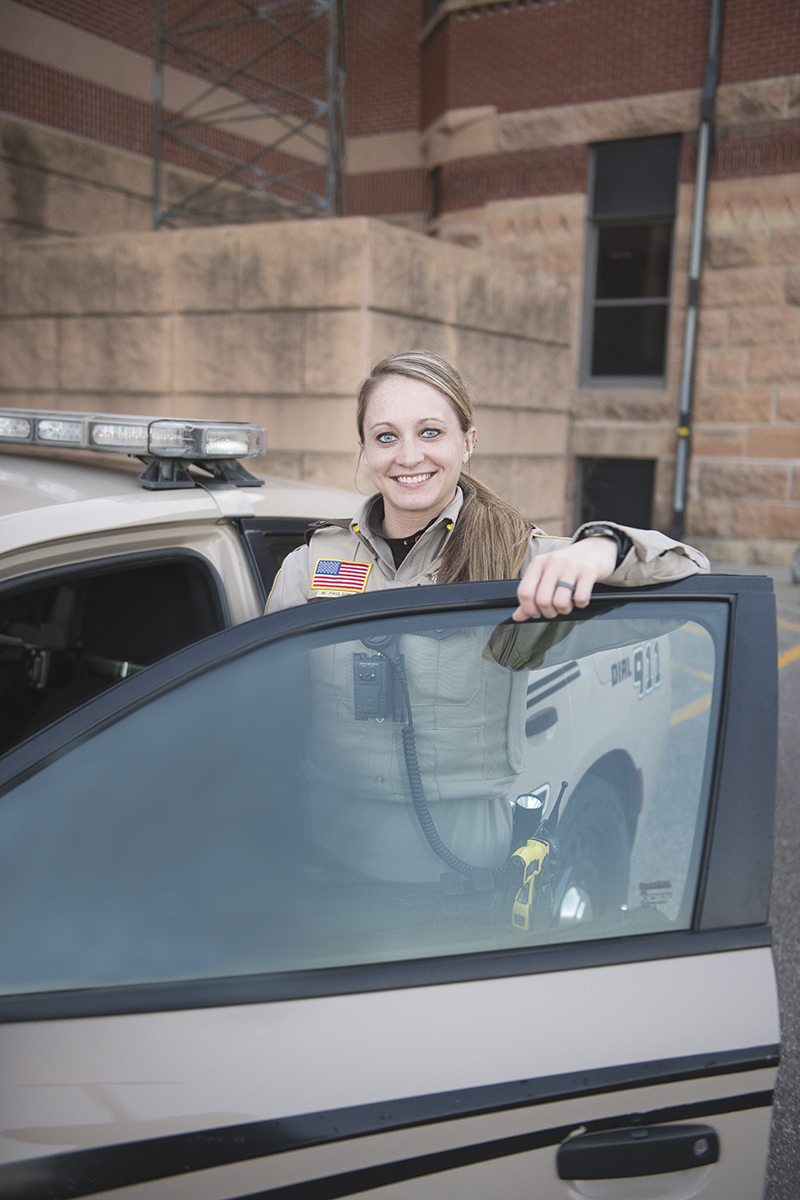 Whitney Paulson, originally from Becker, is a patrol deputy with the Freeborn County Sheriff’s Office. Almost 27 at the time she was interviewed, Paulson has been with the Sheriff’s Office for about four years. She graduated from St. Cloud State University with a bachelor’s in criminal justice, completed a law enforcement skills program through the university along with Alexandria Technical College, and completed an internship with the Plymouth Police Department before making her way to Albert Lea.

Paulson said she first considered a career in law enforcement after watching the TV show “Law and Order: SVU.”

“I began the steps to see if I would like law enforcement by doing alcohol compliance checks with the Plymouth Police Department in high school and in college,” she said.

She then did ride-alongs with the special investigations unit in Plymouth to see how prostitution stings operated, and later did her senior thesis in college on prostitution stings, specifically on the “John” aspect and their characteristics.

“I am not the type of person to be in an office every day, therefore I enjoy the different varieties the job brings and interacting with individuals inside the community,” Paulson said.

There are certainly challenging aspects to the job, she said, such as responding to fatal traffic crashes, seeing deaths or suicides, or responding to domestic abuse cases involving children, but the rewarding aspects of the job outweigh the difficult times.

Among the best parts of the job for Paulson are saving a life, closing a case with criminal charges, proactive and community policing, changing someone’s life by listening to them or helping to de-escalate a situation, and making a difference in the community, among many other positive aspects. Above all, though, are the brothers and sisters she has gained through her blue line family, she said.

“We are one big blue line family who supports one another and we always have each other’s backs,” Paulson said. “I have great partners and a great team to work with.”

Outside of work, Paulson enjoys exercising and lifting weights, and enjoys helping her cousin and uncle’s business, Paulson Club Lambs, which sells lambs to 4-H programs. She said she also likes helping her fiance and his family with field work, visiting her hometown to see her parents and spending time with friends and family while visiting different parts of Minnesota.

As far as her career goals go, Paulson wants to continue to patrol Freeborn County, and possibly move into a different position — whether it be civil process, detective or sergeant — within the next 10 to 15 years.

She encouraged others considering a career in law enforcement to pursue it, and said a milestone in her career has been becoming a field training officer.

“Don’t be afraid to come into law enforcement. Be confident in yourself, and you can do the job,” she said. “Don’t hesitate, and follow your dreams. Never give up, and achieve your goals. The end result is worth it.”