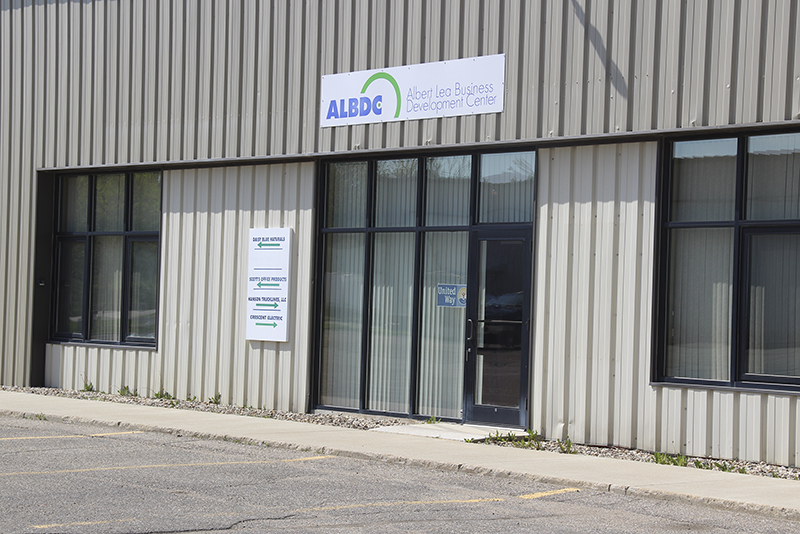 The United Way of Freeborn County at the beginning of May moved to a new location at the former home of the Albert Lea Economic Development Agency on Y.H. Hanson Avenue.

Erin Haag, executive director, said the move has been several months in the making, with an eye toward accessibility for community members, space to host events and new programming.

Haag said the United Way was looking to have a space where the National Alliance on Mental Illness could host weekly support groups and is also looking to be able to host classes. While the organization’s former building on Broadway did have a shared conference room, it was not ADA accessible.

“We wanted to be very inclusive of our community,” she said.

When discussing the various programming the organization plans to implement, as well as what direction the United Way could go in the future, leaders of the agency quickly realized they needed a different space.

She said they wanted to make sure they are able to connect with the people who most often call on the United Way for help, which is often people who are working but who may still need extra support.

“When we heard about this space, it was in an ideal location,” she said, noting it was on the bus route and is near larger manufacturing facilities such as Mrs. Gerry’s, Minnesota Corrugated Box and Albert Lea Select Foods.

Though much of the new programming the organization had planned to implement has been disrupted by the COVID-19 pandemic, Haag said they are busy with other new initiatives, including emergency food distribution, a partnership with the Albert Lea Fire Department for an assistance line for those in need and a new partnership soon to be announced with the American Legion.

A pop-up food pantry, made in partnership with Channel One Regional Food Bank, will take place from 11 a.m. to 1 p.m. May 27 outside of the United Way building at 2610 Y.H. Hanson. She said people in need of food can drive through and pick up a box of food. If someone is unable to pick up the food, they can appoint someone to pick it up for them.

Haag said there could be other pop-up food pantries in the future, as well.

The United Way also hopes to start a diaper program in the next month or two to help families have access to diapers for their children, and it is looking for donations of pots and pans to help people who receive boxes of food but don’t have pots or pans to cook them in.

In addition, the organization is accepting donations of working DVD players or VCR players.

Haag said some people without access to the internet are feeling really isolated right now during the pandemic restrictions.

“Isolation and mental health do not go together very well,” she said.

While volunteers are calling community members, they also thought they could provide them some movies and players to be entertained.

She said for the immediate future she recommends people call ahead at 373-8670 if they need to contact the United Way for assistance or for other purposes.