DFL candidate for District 27A says he is ending campaign

DFL candidate Joe Pacovsky has announced he will not continue his campaign for the District 27A House of Representatives seat presently held by Republican Rep. Peggy Bennett.

Pacovsky was slated to face off against DFLer Thomas Martinez in the August primary, and then the winner of that election would face off against Bennett in November. Martinez won the DFL endorsement in May with 72% of the vote. 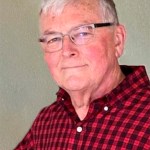 Pacovsky said though he is not continuing with his campaign, his name will still appear on the primary ballot because it has passed the withdrawal period that candidates have within two days of the end of the filing period to remove their name from the ballot.

Pacovksy earlier this month said despite not winning the endorsement, there were still many issues he was concerned about, including the district’s economic competitiveness, restoring health care, broadening public education opportunities, upgrading roads and continuing to improve the environment.

He said he plans to continue on the Shell Rock River Watershed District Board and plans to continue studying regarding the Black Lives Matter movement and how he can contribute to making the country “anti-racist.” He noted this has always been an issue for his family because three of his grandchildren are of color, and he and his wife are even more interested now because of recent events.

“It just doesn’t seem to stop,” he said.