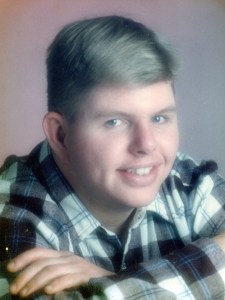 Donald Michael Ackland, age 54, of Princeton, Minnesota, formerly of North-field and Baudette, passed away June 21 with his family by his side at Stepping Stones in Milaca, MN. A visitation will be held on Friday, June 26 from 4-7 pm at Bierman Funeral Home in Northfield. A Funeral Mass is Saturday, June 27, 10:30 am, at St. Dominic’s Catholic Church in Northfield, MN. Due to Covid 19, please wear a mask and we will assist guests with social distancing. Burial will be at the Central Freeborn Lutheran Cemetery, Albert Lea.

Donald was born the seventh of seven children to Edvin Oliver and Loretta Theresa (Von Ruden) Ackland on November 4, 1965 at Albert Lea, MN. Donald first lived on the Ackland family farm in Manchester Township before moving to a home by Lerdal, both in Freeborn County, MN. Donald attended Kindergarten at Clarks Grove Elementary School. In 1972, the family moved to Baudette, MN, where Donald attended Lake of the Woods School for the 1st through 7th grades. The family returned to the Twin Cities area in 1980. He graduated from Cambridge High School in 1984. He attended Anoka Technical School and graduated with a degree in baking. Donald worked as a baker in St. Cloud and Northfield. He really liked working at the Quality Bakery for Ed, Greg and Lori Klinkhammer, in Northfield. Donald also worked for his brother David for a number of years at Digital Tool and Automation in Ramsey, MN. He liked his last job in the dishroom at the Grand Casino, Mille Lacs.

Donald loved his family and especially liked to hear about what each one was doing. He also liked to hear about his nieces and nephews. His hobbies were watching old television shows, especially MASH and Dukes of Hazard (which he could tell you about episode by episode). He was a big Star Trek fan. His favorite singer was Shania Twain. Donald also was a Minnesota Twins fan. He could tell you everything you ever wanted to know about his favorite things, and sometimes more. Donald was born with Noonan Syndrome, a genetic disorder that gave him both learning and minor physical disabilities. However, that did not keep him from being a very independent guy.

Donald was diagnosed with cancer in January 2019. He was a good sport and a good patient through all the chemo treatments. He was able to continue working at the casino up until mid-March because of the Covid virus. The disease started getting worse in April. He was hospitalized in May and was never able to go back home. He went into hospice on Friday, June 19, 2020, at the Stepping Stones in Milaca where he passed away on Sunday, June 21. He had wanted to see his family so much, and he got his wish.

The family is very grateful for the 11 years of care and help from Deb Heying, social worker for Mille Lacs County. The family is also extremely grateful for the loving care he received from the Volunteers of America staff, including JoAnne Brooks, Dianne Hall, his weekly encourager, and Stepping Stones staff Sarah, Corben, Bree, and Melissa. The family also wishes to thank the Princeton Hospital Oncology and Infusion Center Staff who were so caring for Donald.

Memorials may be directed to Volunteers of America, the organization that provided so much support to Donald these past 10 years.

Arrangements are with the Bierman Funeral Home.       biermanfuneralhome.com