Less than 200 new COVID-19 cases were reported across Minnesota on Tuesday, continuing a trend of fewer new cases and deaths seen in the last few weeks. 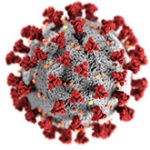 Nine new deaths were reported in Minnesota on Tuesday. Provided

Mower County reported 10 new cases, increasing its total to 661 cases, and Faribault and Waseca counties each reported one new case, for a total of 28 and 34 cases, respectively, according to the Minnesota Department of Health.

No new cases were reported in Steele County and remains at 175 cases.

Across the state, 197 new cases were reported, increasing the state’s positive cumulative cases to 30,882. Of those cases, 27,006 no longer need to be in isolation, and 357 remain hospitalized, including 185 in intensive care.

Nine new deaths were reported across the state from Clay, Crow Wing, Hennepin, Ramsey and Sherburne counties. Seven of the nine were residents of long-term care or assisted living facilities.

the total death count now is at 1,313, with 1,041 of those cases residing in long-term care or assisted living facilities.