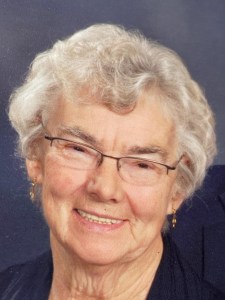 Lillian was born in Waseca, MN to William and Martha (Radke) Draheim on April 7, 1928. She attended school in Waseca, MN and graduated in 1945. Lillian married Raymond R. Rentz on December 5, 1946. She lived in Wells, MN and worked at the JC Penney Store and later at Banquet Foods. In 1977 she and her husband Ray moved to the Bemidji area and bought a resort. Ray passed away in April 1982. Lillian ran the resort until 1989 when she sold the resort and married Joseph Welch on November 28, 1989. They resided in Hines, MN until they moved to Iowa where Joe passed away on April 21, 2007. Lillian then moved back to MN and married Joe Love from the Bemidji area on October 12, 2008. She lived in the Bemidji/Turtle River area until her death in May. She was a member of the Faith Lutheran Church in Blackduck. Lillian enjoyed sewing, fishing, hunting, and in her later years going to the casinos for what she called “therapy”. She loved spending time with the family and friends who greatly enjoyed her homemade cinnamon rolls and pork steak hotdish.