My Point of View: Unlawful exercise of government dominion has affected many

My Point of View by Iolie Rose Harper 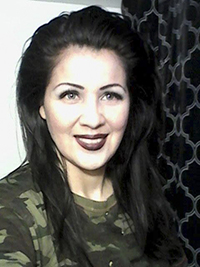 Yesterday I was reading an address dated June 17, 2020, given by one of the worldwide leaders of my church, Elder David Bednar, who was the president of Brigham Young University Idaho from 1997 to 2004. Usually, our church leaders don’t speak about political matters unless political decisions are seriously adversely affecting the healthy development of the human soul. I am a member of the Church of Jesus Christ of Latter Day Saints — Albert Lea Branch. Due to the COVID-19 restrictions placed on the state, until just recently we have not been able to meet for religious services or to partake of the sacrament by having it taken to our homes.

I am writing this on behalf of all the churches in our entire area and on behalf of all Christians whether they are Democrat, Republican or of some other political party, because the unlawful exercise of governmental dominion has affected us all spiritually and temporally.

Elder Bednar said, “That despite the obvious need for proper response to COVID-19, we must not be accustomed to sweeping assertions of governmental power. Invoking emergency powers, government executives summarily imposed numerous orders and directives that in many ways are analogous to martial law. These executive orders are unlike laws enacted through the ordinary give-and-take of the democratic process. No doubt an emergency on the scale of COVID-19 justifies strong measures to protect the public, but we cannot lose sight of the fact that many of these measures (emphasis added) are extraordinary assertions of governmental power that can dramatically constrain our basic freedoms.”

He also said, “As we have just experienced, religious freedom can quickly be swept aside in the name of protecting other societal interests. … Despite COVID-19 risks, North American jurisdictions declared services such as alcohol/tobacco, animals, marijuana and other concerns as essential, but often religious organizations and their services were simply deemed non-essential, even when their activities could be conducted safely.”

Elder Bednar would not have released the statement without the express approval of the president of our church, Russell M. Nelson, who was one of the best heart surgeons in this country before he became the leader of the church. The two aforementioned church leaders, as well as the others who they consult with on spiritual matters pertaining to a worldwide membership, understand the necessity for healthy living but are also deeply conscious of the health of the human spirit.

Our church has always abided by the laws of the country. In one of our Articles of Faith it is expressly stated that we believe “In sustaining the laws and leaders of the land.”

There are many things that have been concerning me about this extended shutdown and the laws enacted. I believe that we need to vote in new people. Whether you are a Republican or a Democrat or affiliated with some other party, we have all been affected by the fact that our churches and businesses have been closed down when they might have otherwise been able to operate safely.

We have a lot of small businesses in this town and the surrounding areas that have almost gone out of business or have had to take out loans that they may need to pay back in the future. Giving $1,200 for a household per adult with $500 per child helps, but it’s not anywhere close to the amount that households need to cover their basic expenses.  It is not a very good short-term solution or a thinkable long-term solution.

We’re actually hurting the people who have the least amount of money and may not have had enough time in their life to build up large savings, such as young adults who have young children in the home.

Additionally, it is definitely a local concern when the governor chooses to exceed the laws as part of his emergency powers, which destroy the lives of the people that live down the street from you.

We need to get representatives from our area out of office who keep backing Governor Walz and his use of emergency powers. Democrats and Republicans, as well as other political party affiliates, have seen their businesses go under and their families be in want.

We do have some representatives in our area who understand the Minnesota State Constitution that we should not give unlimited executive power to a governor, especially one who cannot understand the plight of the person who works as a hairdresser, at a thrift store, on a wind farm or any other business that was largely shut down for way too long when they could have safely resumed work.

Iolie Rose Harper is a member of the Freeborn County Republican Party.