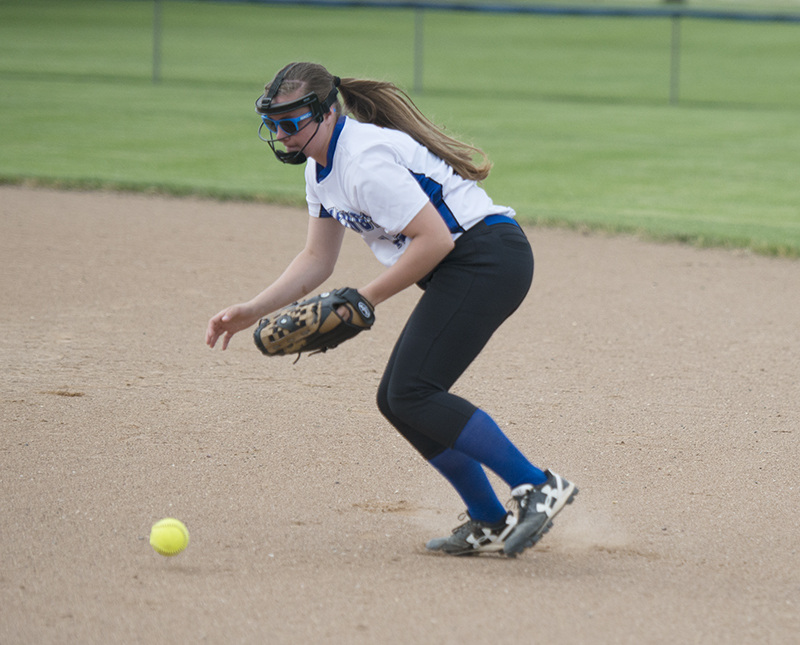 With the first game slated for Monday night, the Northwood-Kensett softball team is grateful for the opportunity to take the field with the seniors another time.

Last year, the Vikings finished with a 13-13 overall record and a 8-9 finish in the Top of Iowa Conference, earning an eighth-place finish in the conference standings.

A big part of the success last season was returning junior pitcher Kayla Senne, who recorded 11 of the 13 wins and struck out 183 batters. According to head coach Greg Parks, Senne will be one of the team’s biggest strengths again this season.

Eskildsen said the team lost a lot of seniors from last year’s squad and the team has been working on getting new players comfortable in new positions in the first two weeks of practice.

While one of the goals was to make improvements from last year, Parks said his goal was just to give the girls the opportunity to play together again.

“The biggest goal I had was for the girls to take advantage of the opportunity that has been given to us to get together again and be able to participate together with our seniors one last time,” Parks said.

Eskildsen, one of the seniors on the team, said her goal for the season is to improve her batting average. She said he has been working on becoming a strong hitter and would like to get the RBIs in those situations when the team needs them most.

She said the team’s biggest strength this season is going to be their team chemistry.

“A strength I think we have this year is our team bond, which hopefully will help us on the field,” Eskildsen said. “COVID-19 may have given us a great deal of guidelines, but no matter if you are an eighth grader or a senior, we are all working hard and willing to do anything to help one another out.”

With the new guidelines to protect coaches and athletes from spreading the COVID-19 virus now in place, Parks said the adjustment is going well.

“Practice is going as well as expected,” Parks said. “We are doing pretty much everything we always have done just sanitizing things after each drill and at the end of practice. The hardest part is keeping the social distancing when we are not doing a drill.”

The Vikings open their season Monday night with a game on the road against the Bearcats of North Butler.

Schedule may change throughout the season. For the most up to date schedule, visit topofiowaconference.org/public/genie/97/school/753/